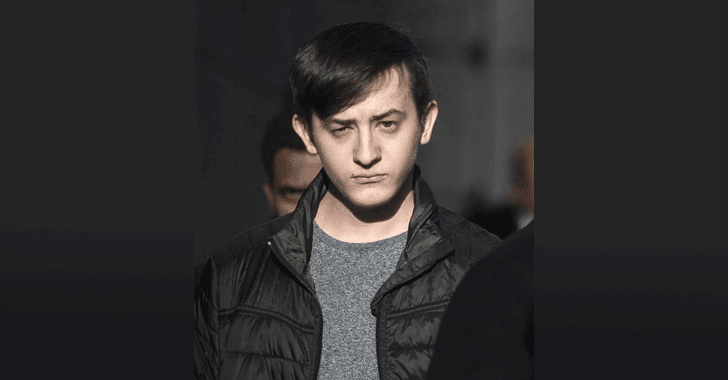 The British teenager who managed to hack into the online accounts of several high-profile US government employees sentenced to two years in prison on Friday.

Gamble, who went by the online alias Cracka, was just 15 at the time of carrying out those attacks and was the alleged founder of a hacking group calling themselves Crackas With Attitude (CWA).

The notorious pro-Palestinian hacking group carried out a series of embarrassing attacks against U.S. intelligence officials and leaked personal details of 20,000 FBI agents, 9,000 officers from Department of Homeland Security, and some number of DoJ staffers in 2015.

The teenager was arrested in February 2016 at his home in Coalville and pleaded guilty to 8 charges last October of "performing a function with intent to secure unauthorised access" and 2 charges of "unauthorised modification of computer material."

On Friday afternoon in the Old Bailey central criminal court in London, Gamble was finally sentenced after his first sentencing hearing in January was postponed, and the judge ruled that he'll have to serve 2 years at a youth detention center, BBC reported.

While Gamble's defence said he was "naive" and never meant to "harm" any individuals during the court hearing, the judge said he carried out "an extremely nasty campaign of politically-motivated cyber terrorism."

Between June 2015 and February 2016, Gamble posed as Brennan and tricked call center and helpline staff into giving away broadband and cable passwords, using which his team also gained access to extremely sensitive documents for intelligence operations in Afghanistan and Iran.

Gamble even made hoax calls to Brennan's home and took control of his wife's iPad. At one point, he also sent DHS secretary Johnson a photograph of his daughter and said he would f*** her.

Gamble also phoned Mr. Johnson's wife, leaving a disturbing voicemail message which said: "Hi Spooky, am I scaring you?," and even managed to display the message "I own you" on the couple's home television.

According to previous reports, Gamble is suffering from an autistic spectrum disorder, and at the time of his offending, he had the mental development of a 12 or 13-year-old.

Gamble's defence had argued court on Friday for a suspended sentence, so he can sit his GCSEs in June and read computer science studies at university to pursue a "useful" career.

Two other members of Crackas With Attitude—Andrew Otto Boggs and Justin Gray Liverman—were arrested by FBI in September 2016 and had already been sentenced to two and five years in federal prison respectively.