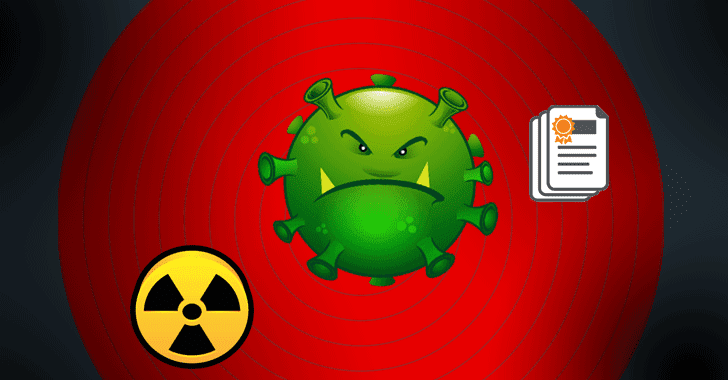 A recent study conducted by the Cyber Security Research Institute (CSRI) this week revealed that stolen digital code-signing certificates are readily available for anyone to purchase on the dark web for up to $1,200.

As you may know, digital certificates issued by a trusted certificate authority (CA) are used to cryptographically sign computer applications and software, and are trusted by your computer for execution of those programs without any warning messages.

However, malware author and hackers who are always in search of advanced techniques to bypass security solutions have been abusing trusted digital certificates during recent years.

Hackers use compromised code signing certificates associated with trusted software vendors in order to sign their malicious code, reducing the possibility of their malware being detected on targeted enterprise networks and consumer devices.


However, separate research conducted by a team of security researchers have found that digitally signed malware has become much more common than previously thought.

The trio researchers—Doowon Kim, BumJun Kwon and Tudor Dumitras from the University of Maryland, College Park—said they found a total of 325 signed malware samples, of which 189 (58.2%) carried valid digital signatures while 136 carry malformed digital signatures.


"Such malformed signatures are useful for an adversary: we find that simply copying an Authenticode signature from a legitimate sample to an unsigned malware sample may help the malware bypass AV detection," the researchers said. 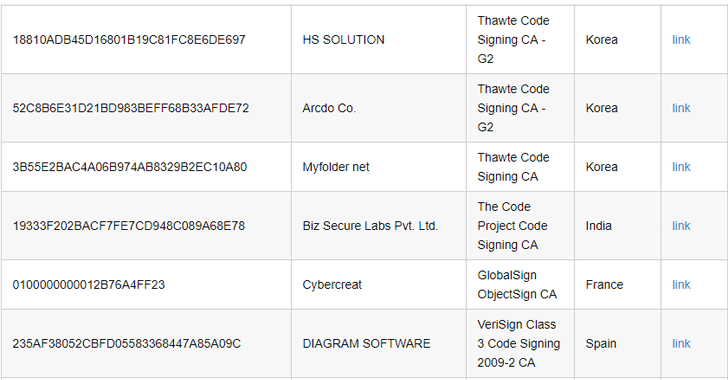 At the time of writing, 27 of these compromised certificates had been revoked, although malware signed by one of the remaining 84 certificates that were not revoked would still be trusted as long as carry a trusted timestamp.


"A large fraction (88.8%) of malware families rely on a single certificate, which suggests that the abusive certificates are mostly controlled by the malware authors rather than by third parties," the trio said.

The researchers have released a list of the abusive certificates at signedmalware.org.


Even when a signature is not valid, the researchers found that at least 34 anti-virus products failed to check the certificate's validity, eventually allowing malicious code to run on the targeted system.

The researchers also conducted an experiment to determine if malformed signatures can affect the anti-virus detections. To demonstrate this, they downloaded 5 random unsigned ransomware samples that almost all anti-virus programs detected as malicious.

The trio then took two expired certificates that previously had been used to sign both legitimate software and in-the-wild malware and used them to sign each of the five ransomware samples.


When analysing the resulting ten new samples, the researchers found that many anti-virus products failed to detect the malware as malicious.

The top three anti-virus products—nProtect, Tencent, and Paloalto—detected unsigned ransomware samples as malware, but considered eight of out ten crafted samples as benign.

Even popular anti-virus engines from Kaspersky Labs, Microsoft, TrendMicro, Symantec, and Commodo, failed to detect some of the known malicious samples.


"We believe that this [inability in detecting malware samples] is due to the fact that AVs take digital signatures into account when filter and prioritize the list of files to scan, in order to reduce the overhead imposed on the user's host," the researchers said.

"However, the incorrect implementation of Authenticode signature checks in many AVs gives malware authors the opportunity to evade detection with a simple and inexpensive method."

The researchers said they reported this issue to the affected antivirus companies, and one of them had confirmed that their product fails to check the signatures correctly and they had planned to fix the issue.

The researchers presented their findings at the Computer and Communications Security (CCS) conference in Dallas on Wednesday.

For more detailed information on the research, you can head on to their research paper [PDF] titled "Certified Malware: Measuring Breaches of Trust in the Windows Code-Signing PKI."