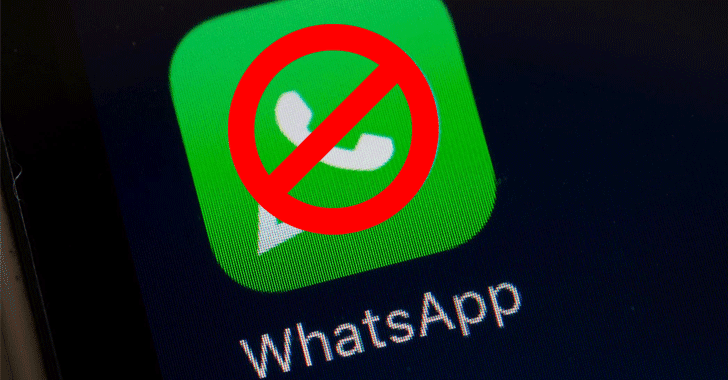 Popular instant messaging app WhatsApp has already been struggling for its existence in China ever since July when Chinese government blocked its users from sending photos and videos over the app.

Now, it appears that China has largely blocked Facebook-owned WhatsApp in its latest step to tighten censorship as the country prepares for a major Communist Party gathering next month.

Yes, WhatsApp no longer works in the country at all.

China has a long history of blocking and limiting access to web services, especially social networks and Western-owned sites through its Great Firewall. The service currently blocks some 171 out of the world's leading websites, including Wikipedia, Twitter, Facebook, Instagram, and many Google services in mainland China.

And now, it is WhatsApp.

Although it's unclear how long the messaging app may remain inaccessible in the country, according to Symbolic Software, a Paris-based research firm that monitors WhatsApp's situation in China, the country has restricted its users from sending even text-based WhatsApp messages within its borders.

WhatsApp was seeing severe disruptions as early as last Wednesday when some users reported WhatsApp disruptions in China, but at this time, the service has reportedly been completely blocked and only accessible via VPNs (virtual private networks) which can circumvent China's internet firewall.

But, in case you are unaware, China has begun a 14-month-long crackdown on VPNs and proxy services in the country and made it mandatory for all VPN providers to have a license from the government to use such services.

This move of censoring the end-to-end encrypted messaging app comes ahead of next month's 19th National Congress of the ruling Communist Party.

At this sensitive gathering, which takes place once every 5 years, the Chinese government will select new leaders and determine policy priorities.

By preventing its citizens from using WhatsApp, Chinese authorities hope to force them to use the secure messenger alternatives like WeChat, which offers the Chinese government with its citizens' personal data.

The move is a severe blow to the social media giant, whose main website and app have already been banned in China since at least 2009. Facebook-owned Instagram is also blocked in the country.

Now with the blocking of WhatsApp, Facebook's only left hope in China is the photo-sharing app, Colorful Balloons, which the social network stealthily released in the country last month.