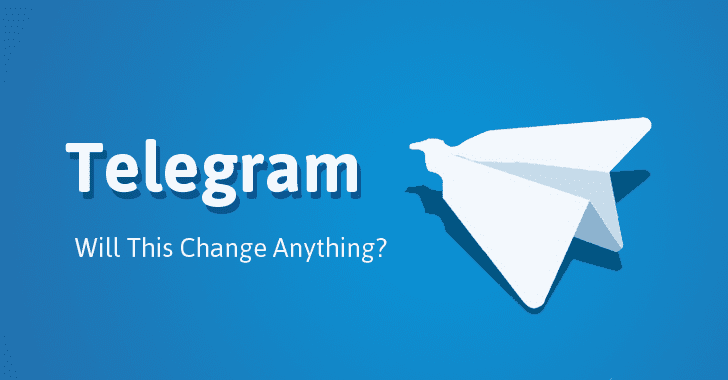 After being threatened with a ban in Russia, end-to-end encrypted Telegram messaging app has finally agreed to register with new Russian Data Protection Laws, but its founder has assured that the company will not comply to share users' confidential data at any cost.

Russia's communications watchdog Roskomnadzor had recently threatened to block Telegram if the service did not hand over information required to put the app on an official government list of information distributors.

The Russian government requirement came following terrorists' suicide bombings that killed 15 people in Saint Petersburg in April in which terrorists allegedly used the Telegram's app to communicate and plot attacks.


"There is one demand, and it is simple: to fill in a form with information on the company that controls Telegram," said Alexander Zharov, head of Roskomnadzor.

Telegram CEO Pavel Durov refused to comply with the country's requirements because he feared that it would weaken the privacy of its over 6 Million Russian users.

Telegram: No Confidential Data of Users will be Shared


However, after facing pressure from the government, Durov agreed on Wednesday to just register with the Russian government, but the company wouldn't store citizens' information on the Russian servers.

The Russian Federal Service for Supervision Of Communications, Information Technology and Mass Media (Roskomnadzor) announced on Wednesday that Telegram had finally presented all the requirements.

Roskomnadzor is a federal executive body in Russia responsible for overseeing the media, including the electronic media, mass communications, information technology and telecommunications; organizing the work of the radio-frequency service; and overseeing compliance with the law protecting the confidentiality of its users' personal data.

Durov announced his decision via VK.com, the Russian version of Facebook, adding that while he's happy for Telegram to be formally registered in Russia, anything that violates users' privacy will not be served — only basic information about the company will be shared.


"We will not comply with unconstitutional and technically impossible Yarovaya Package laws—as well as with other laws incompatible with the protection of privacy and Telegram's privacy policy," Durov said.

Telegram is an end-to-end encrypted messaging app, but unlike WhatsApp, Telegram does not offer the end-to-end messaging feature to its users by default. Rather users need to open encrypted chats to communicate securely.

How to Communicate Securely with Telegram


If you are communicating with people on Telegram thinking that your chats are end-to-end encrypted by default, you are mistaken.

So, always make sure that you communicate with people on Telegram using its encrypted chat feature. Here's how to start an end-to-end encrypted chat on Telegram:
You can also enable other security features offered by Telegram.

These features include Two-Step Verification that allows you to set up an additional passcode for your Telegram account, which is also required to log into your account and Self-Destruct Secret Chats that lets you self-destruct your messages after a specified time (between 1 second and 1 week), leaving no trace on Telegram servers.