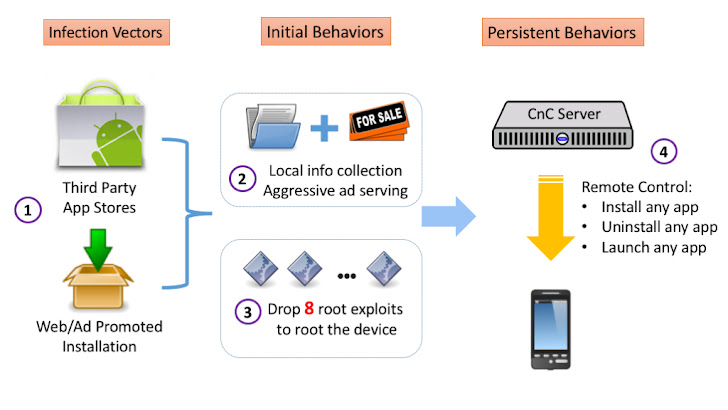 Google Android has been a primary concern of the attackers. Counting from a simple text message that could hack an Android phone remotely to the Stagefright bug making Billion users vulnerable.

Now, the latest is the 'Kemoge Malware' that has made its debut as an Adware on the Android mobile phones, allowing third-party app stores to fetch your device's information and take full control of it.

Security researchers from FireEye Labs have discovered that Kemoge malicious adware family is spreading in 20 countries around the globe. Also, the origin of the Adware's attack is suspected from China.

The name given to the malicious Adware family is because of its command and control (C2) domain: aps.kemoge.net.

Kemoge is an Adware in the disguise of popular Apps; it has circulated in such numbers because it takes the name of popular apps and repackages them with the malicious code and make them available to the user.

They even use the same developer name, as used by the verified and clean apps on the official Play Store.

Some of the popular apps getting affected are:(Image) 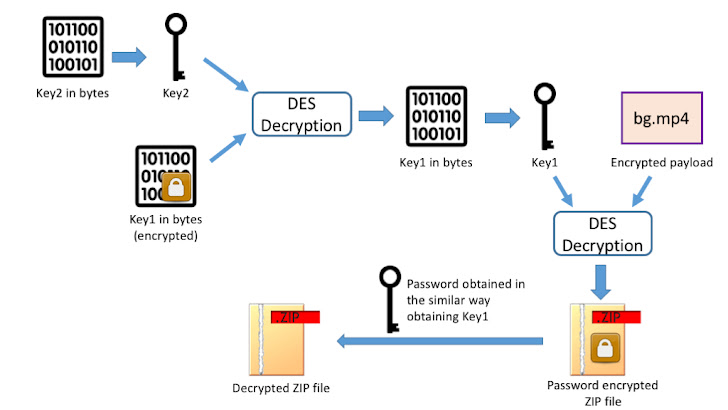 Some of the exploits are compiled from open source projects whereas some come from the commercial tool "Root Dashi" (or "Root Master").

"After gaining root, it executes root.sh to obtain persistency," FireEye researchers said. "Afterwards, it implants the AndroidRTService.apk into /system partition as Launcher0928.apk -- the filename imitates the legit launcher system service. Moreover, the package name of this apk also looks like authentic services, e.g. com.facebook.qdservice.rp.provider and com.android.provider.setting."

How does Kemoge Evade Detection?

To evade detection, Kemoge communicates with the server at various time intervals. The malware runs malicious code briefly at the first launch or 24 hours after installation.

In each enquiry, Kemoge sends the data including phone's IMEI, IMSI, storage information, and installed app information to a remote third-party server.

After uploading the device's information, the malware asks commands from the server, which reverts with a command out of following three domains and the malicious system service executes it. The commands are:
FireEye researchers conducted their research on Nexus 7 running Android 4.3 (JellyBean). While experimenting, the server commanded the device, such that it uninstalled the legitimate apps and made the device filled with malicious codes.

How to Protect Against Kemoge?

Kemoge is a dangerous threat and to stay safe you are advised to:
To know more about Kemoge, follow FireEye's official blog. Also, if you faced any such issues with your Android device, then identify the app supplying malicious Adware to you and let us know in the comment below.