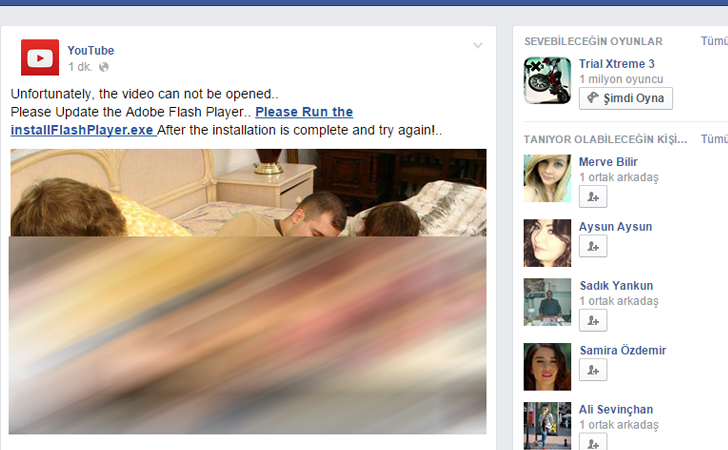 "In the new technique, which we call it 'Magnet,' the malware gets more visibility to potential victims by tagging the friends of the victim in the malicious post," said Mohammad Faghani, a senior consultant at PricewaterhouseCoopers, in a mailing list post to the Full Disclosure infosec hangout.

"A tag may be seen by friends of the victim's friends as well, which leads to a larger number of potential victims. This will speed up the malware propagation."

Once installed on a Windows PC, the malware collects the victim's data and tries to communicate with the server behind the filmver.com and pornokan.com domains for more instructions.
Faghani notes that the malicious file drops the chromium.exe, wget.exe, arsiv.exe and verclsid.exe executable files. In general, Chromium.exe is a generic dropper that probably downloads more malware to install, such as the keylogger, once it's running.
This new technique also enables the malware to keep a low profile, while also displaying itself publicly on your profile, and this is only the reason how the malware infected so many Facebook users just in two days.
The other embarrassing part of this is when your family and friends see that you have just liked and shared porn links on your wall.

In a statement, Facebook said, "We use a number of automated systems to identify potentially harmful links and stop them from spreading. In this case, we're aware of these malware varieties, which are typically hosted as browser extensions and distributed using links on social media sites."