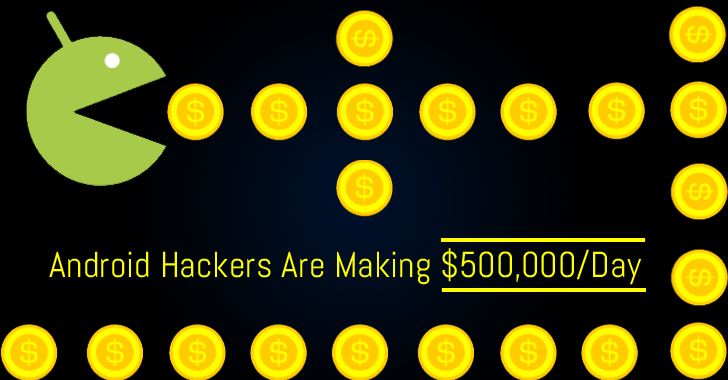 July 02, 2016Mohit Kumar
Own an Android smartphone? Hackers can secretly install malicious apps, games, and pop-up adverts on your smartphone remotely in order to make large sums of money. Security researchers at Cheetah Mobile have uncovered one of the world's largest and most prolific Trojan families, infecting millions of Android devices around the world. Dubbed Hummer , the notorious mobile trojan stealthily installs malicious apps, games, or even porn apps onto victim's phones and yields its creators more than $500,000 (£375,252) on a daily basis. First discovered in 2014 by Cheetah Mobile, Hummer gained traction in early 2016 when the Trojan family was infecting "nearly 1.4 Million devices daily at its peak" with 63,000 infections occurring daily in China, according to researchers at Cheetah Mobile Security Research Lab. "This Trojan continually pops up ads on victims' phones, which is extremely annoying," researchers wrote in a blog post. "It also pushe

February 06, 2013Wang Wei
A Chinese malware campaign called ' Beebus ' specifically targeting the aerospace and defense industries has been uncovered by FireEye security researchers. Beebus is designed to steal information, and begins its infiltration, as so many attacks do, with spear-phishing emails. Operation Beebus very related to Operation Shady RAT and was first detected in April 2011. The attacks carried out by  spear phishing attack and drive-by downloads as a means of infecting end users. malicious Whitepapers or PDFs were mailed to targets and by using known flaws, malware was able install Trojan backdoors on vulnerable systems. The malware communicates with a remote command and control (CnC) server. FireEye discovered the attacks on some of its customers in the aerospace and defence last March and the Vulnerability in the Windows OS known as DLL search order hijacking was used to drops a DLL called ntshrui.DLL in the C:\Windows directory.  It has modules to capture system information l
Next Page 