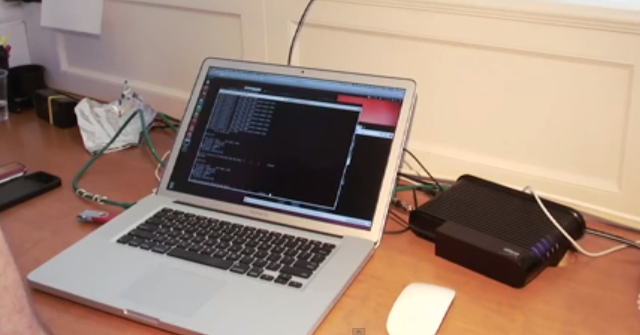 A group of hackers from security firm iSEC found a way to tap right into verizon wireless cell phones using a signal-boosting devices made by Samsung for Verizon and cost about $250.

They hack Verizon's signal-boosting devices, known as femtocells or network extenders, which anyone can buy online, and turned it into a cell phone tower small enough to fit inside a backpack capable of capturing and intercepting all calls, text messages and data sent by mobile devices within range.

They declined to disclose how they had modified the software on the device and but they plan to give more elaborate demonstrations in various hacking conferences this year.
Verizon Wireless already released a Linux software update in March to fix the flaw that prevents its network extenders from being compromised in the manner reported by Ritter and DePerry.

They claimed that, with a little more work, they could have weaponized it for stealth attacks by packaging all equipment needed for a surveillance operation into a backpack that could be dropped near a target they wanted to monitor.

This particular femtocell taps into Verizon phones. However, they believes it might be possible to find a similar problem with femtocells that work with other providers.