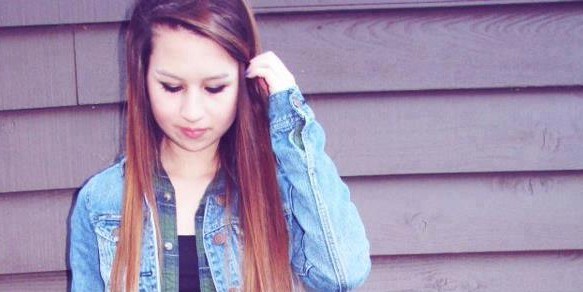 The hacker group Anonymous claims that Maxson is the man who drove Amanda Todd to her death last week, but the Canada native says it wasn't him and that he was a friend to the teen.

Alleged Amanda Todd blackmailer Kody Maxson outed a second pedophile blackmailer, known as Viper. Maxson appeared in court Monday for unrelated charges of sexual assault and sexual interference of a person under 16. Anonymous traced him to the online handle Kody1206, an active user on teen chat hub Blogtv where Todd was coerced into exposing herself and various forums dedicated to trading jailbait or sexualized images of teens.

Maxson said he got some sketchy information about the blackmailer, who he says was 26, lived in New York and goes by an alias of Viper. The man said he passed this information to the RCMP and NYPD, but he couldn't remember whom he spoke with.

He said he only knew Amanda in "a sense," but denied he was one of her cyber-bullies. Here's a video statement from a teenage girl named Peyton on Blogtv. Peyton learned plenty of personal information about Maxson, such as his full name, address and phone number (both muted in the video), even the names of his cousins and family.

React to this Her statement was broadcast on "The Daily Capper," a bizarre, animated YouTube news show about the community of (often underage) girls exposing themselves and the creeps recording and "capping" them, often blackmailing their victims with the evidence.

"A month ago he recorded me for the first time, and then i was stupid enough to keep doing it because he said he'd never do it again, and he was stupid and he didn't want to ruin our relationship. And he just used me and he stopped calling me, stopped calling me and just wanted me out of is life because i gave him what he wanted. I have his address … he lives in Canada, i know his cousins' names, his family … his full name is Dakota William Shain Maxson … I know his phone number … I was just like, liking the attention he was giving me." Peyton said.

Vice.com's Patrick McGuire, who spent much of the week digging deep in the bowels of the online netherworld to uncover evidence relating to Amanda Todd's sexual extortion, spoke with an IT expert who surmised that Kody Maxson might as well be a fictitious character invented to throw Internet detectives off the trail. But video evidence dating back to 2010 surely suggests otherwise.

Hopefully the real person who drove young Amanda to her death will be held accountable in a court of law. The family has established a trust fund in Amanda's name to raise money for anti-bullying prevention and education. Donations are being accepted at Royal Bank of Canada branches.