How Hacker culture contributed to rise of United States economy

Sep 03, 2012Mohit Kumar
How Hacker culture has contributed to the rise of the United States economy and one possible reason why it is now in decline… by Paul F. Renda, Author at The Hacker News Magazine
This article is about how hacker culture has benefited the economy of the United States. It represents the creative, ingenious and innovative ideas that characterize the U.S. Also, how this sub-culture was created by the first US hacker Benjamin Franklin...
Countries of the world marveled at The United States and its innovation, creativity, devices, ideas, gadgets and large middle-class. This innovation comes from the culture of a specific group. We have a hacker type culture, and when I say hacker type culture, it's not just a culture of hacking computers and electronic components, but a culture of hacking (reverse engineering) whatever innovative idea or high technology of the time.
The high technology of Franklin's era could be farm implements, stoves (Franklin), light bulbs, steam engines, telephones and much more. This is actually a subculture in United States, and this culture was first created by one of the United States founding fathers, Benjamin Franklin. If you describe some of Benjamin Franklin's personal characteristics you would definitely tag him as some kind of geek, or someone very unconventional.
He not only was an inventor and creator, he was also a publisher. His inventions ranged from the lightning rod to musical instruments. Franklin was a hacker, with respect to electricity. His work was eccentric and innovative.
Benjamin Franklin was a creative force, he thought outside the box, before there was a box to think outside of. This culture that he created was handed down through the ages by his biographers and personal writings. From Wikipedia, "Franklin's fascination with innovation could be viewed as altruistic; he wrote that his scientific works were to be used for increasing efficiency and human improvement. One such improvement was his effort to expedite news services". From Frank Grangerm "Franklin challenged prevailing authority. He adopted and discarded eccentric values and beliefs throughout his life". His biography and writings have helped to give license to this hacker-geek genre. 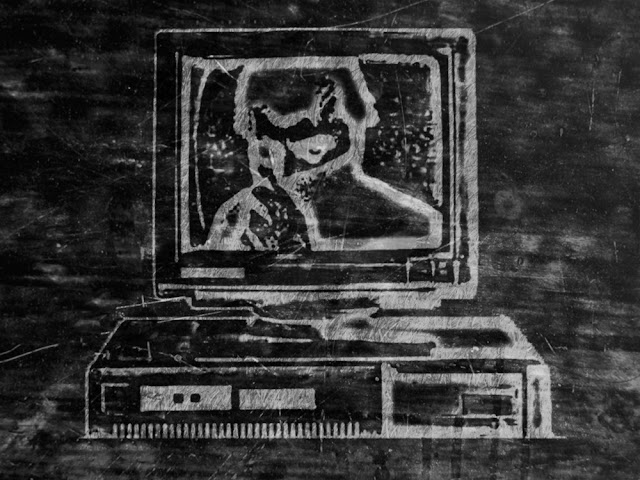 How has this hacker-geek innovation play out recently?
If I told you of that a great innovator and an inventor, who dropped out of Harvard University and was one of Steve Jobs heroes/mentors, you would probably first think it was Bill Gates, but you'd be wrong. It was Edwin Land, the inventor of the polarizing lens and instant photography. Edwin land was a great mentor for Steve Jobs, and again, this hacking style, this unconventionality, this willingness to drop out of a prestigious school and pursue a dream. This model was repeated by Gates, and the founder of Facebook. In Europe, it would be very unconventional to drop out of a prestigious university and to fulfill your dream. This is not nearly as common in cultures such as China or India, this is very unique to the adventurous spirit that still lives in the United States.
Even before Steve Jobs and Steve Wozniak were building the Apple computer, they were building blue boxes in their dormitory. What is a blue box? It is a device that emits a 2600 Hz sound, and lets you hack into the phone system to make free long distance calls.
Today if you attend any hacker conference in the US (DEFCON, HOPE) you will see many American faces. Twenty years ago it was mostly Americans, but today it is a mixture of people from many countries. What is the demarcation point for this culture of innovation? I have broken it down to this. What the American does on Saturday. Many tinker, solder, program or create electronic projects, this is hacker culture. If he goes out and plays baseball, football or soccer, this is not. Hackers have this passion for their work. There is the concept of 10000 hours, that is, if you spend that much time on a concept, you will be an expert in it.
Today the United States is an economic decline; actually it is in its second stage of decline. Its first stage was the deindustrialization of the Midwest and the closing and moving and of factories offshore. The second stage of decline is the back offices, research centers, accounting and miscellaneous facilities moving offshore. For the past 10 years businesses have eliminated 2.9 million jobs in the US and created 2.4 million jobs overseas. Too many corporations have changed their hometown domicile to overseas locations.
If you look at the 2 billion-plus population in India and China you realize that over the next 30 years there will be a middle class explosion in those countries. It is very likely that more than half of our fortune 500 companies will relocate to the Far East. Even the technology stalwart IBM, now employs more people in India that it does in the US. The center of commerce is moving from the west to the east. Corporations have made these moves quietly. They don't want it to seem as though they are deserting the US. What is more amazing is that the news media has not picked this up as a major story. Why aren't jobs and innovation staying the United States? That is a very complicated Issue. Jobs and innovation created in Germany stay in Germany.
The closest historical analogy that I can find, before 1935 Germany was the leader in producing Nobel Prize winners. After 1935 they were even a runner up. The Nazi anti-Semitism against Jews started to accelerate. Jewish scientist fled the country. The United States is not Nazi Germany but for the past 50 years white males have been the viral whipping boy of the US.

As the population in the US becomes more diverse the population of white males will decline in real and absolute terms, in short the white male job creation engine is dying. I don't believe white male discrimination is a key factor in jobs leaving United States however a white boy job creator will feel less guilt about creating jobs in India or China today.