Plesk Zero Day Exploit in the Wild, Thousands of sites got Hacked

Jul 10, 2012Mohit Kumar
Sucuri Malware Labs notify that some zero-day exploits are available to Hackers which are being used to Hack into Parallels' Plesk Panel (Port Number 8443). These attacks was keep on raising from last few months as you can see in the Graph: 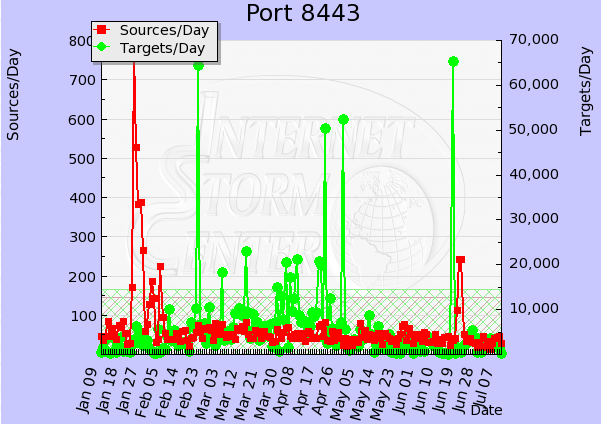 At least 4000 new websites were infected each day, Sucuri malware researcher Daniel Cid.
On other News Portals, there was a news recently that Some 50,000 websites have been compromised as part of a sustained iframe injection attack campaign. Security analyst found that, The majority of the sites being targeted are running Plesk Panel version 10.4.4 or older versions.
Brian Krebs on his blog report that Hackers in the criminal underground are selling an exploit that extracts the master password needed to control Parallels' Plesk Panel. This zero-day exploit for Plesk is being sold on the black market for around $8,000 per purchase. 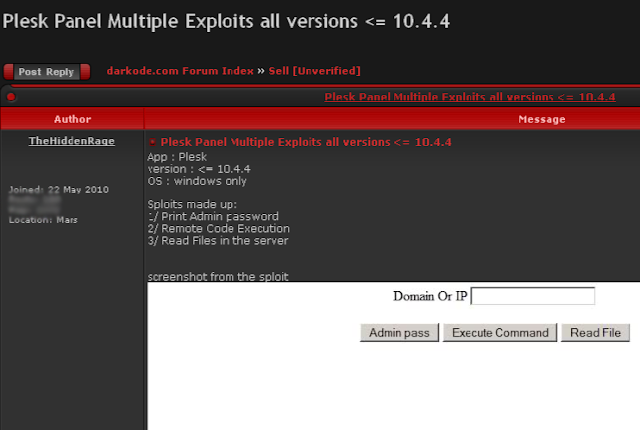 Many of the queries probed for web hosting software Plesk, a finding backed by the Sans Internet Storms Centre that noted a sharp uptick in requests over port 8443, used by Plesk.
It's unclear whether this claimed exploit is related to a rash of recent attacks against Plesk installations. Last month, malware researcher Denis Sinegubko had provided analysis of the BlackHole Exploit Kit's successful compromise of several sampled websites, and had determined that a vulnerability in Plesk was probably the culprit.