Jan 06, 2012Mohit Kumar
FreeDOS 1.1 released after being in development for several years 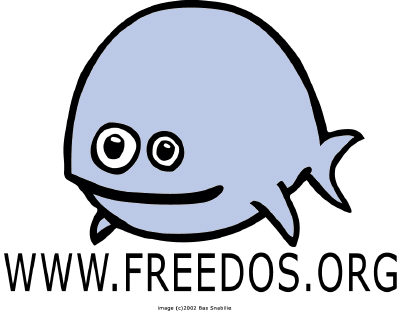 FreeDOS 1.1 has been released after being in development for several years. FreeDOS is an opensource operating system aiming to provide the same (or better) functionality as Microsoft'sold MS-DOS. Right now the main use is running old games and software, but you might encounter it on somefreshly sold computers, motherboard setup CDs, BIOS flashing diskettes, embedded hardware and other uses.

Bernd Blaauw has been hard at work, updating FreeDOS distribution to include the latest packages. Bernd writes: "In its current form this new distribution is best suited as a CD-ROM disk to install FreeDOS from onto harddisk. Sources are included. It might be considered as replacement for the current 'base-only' 1.0 distributions as created by Blair and Jeremy, however it's less functional as it's missing the Live Environment part (\FDOS directory on CD)."
New Version include the FreeDOS 2040 kernel, a new suite of high-performance TCP/IP x86 applications, initial USB UHCI controller support, a new install menu from the CD, a universal BIOS back-up program (FlashROM), updated memory drivers, limited USB flash disk support, and many program updates.
Get FreeDOS 1.1