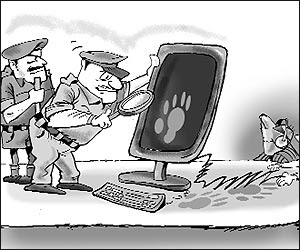 Superintendent of police (state highway) BG Shekhar told the Hindustan Times that the website was hacked some time ago.

"We are trying to correct the data that appears on the website right now and we hope to put everything in order by Monday," Shekhar said.

The police said figures between 2004 and 2008 have shown a consistent rise in fatalities on state highways.