May 27, 2011Mohit Kumar
Origami is a framework for PDF documents manipulation written in pure Ruby. It can be used to analyze or create malicious PDF documents. Being written in Ruby, the core engine of Origami is totally scriptable and can be used for automated tasks on large sets of documents. A GTK graphical interface is also available for manually browsing through the inner objects of a PDF document. 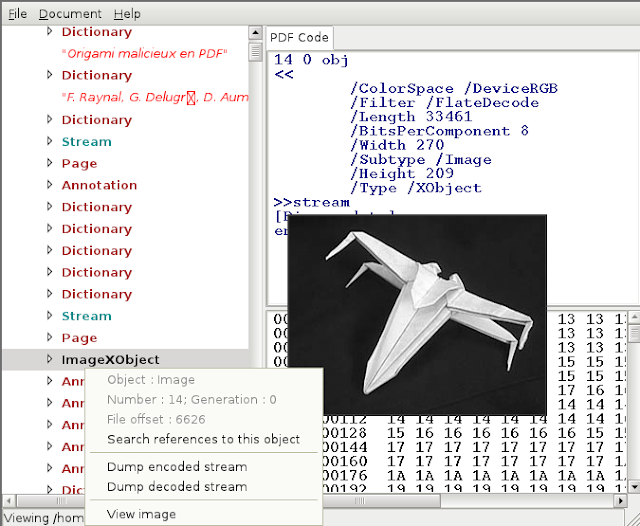 Origami supports many advanced features of the PDF specification, such as:


New features
Here is the list of new features added in this version: