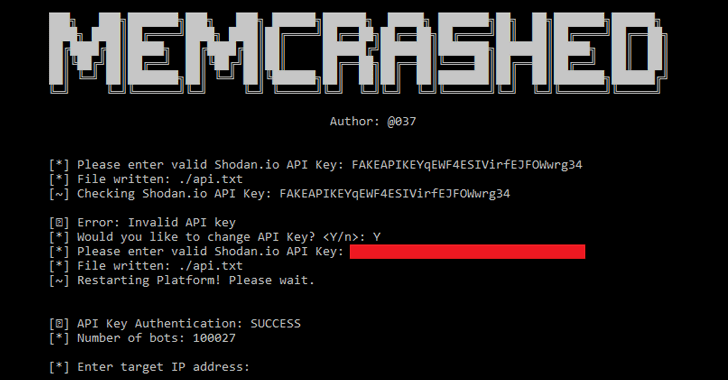 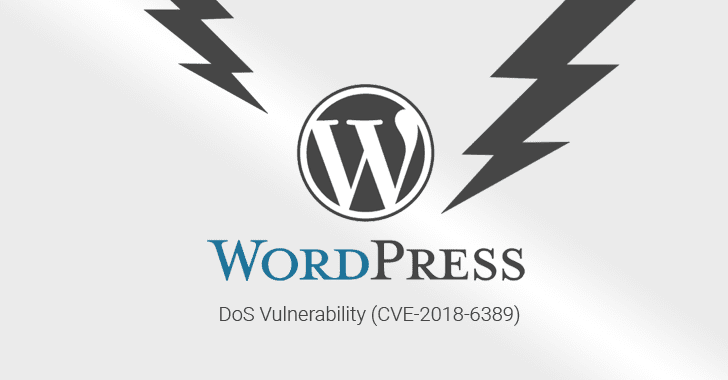 Feb 05, 2018
A simple yet serious application-level denial of service (DoS) vulnerability has been discovered in WordPress CMS platform that could allow anyone to take down most WordPress websites even with a single machine—without hitting with a massive amount of bandwidth, as required in network-level DDoS attacks to achieve the same. Since the company has denied patching the issue, the vulnerability ( CVE-2018-6389 ) remains unpatched and affects almost all versions of WordPress released in last nine years, including the latest stable release of WordPress (Version 4.9.2). Discovered by Israeli security researcher Barak Tawily , the vulnerability resides in the way " load-scripts.php ," a built-in script in WordPress CMS, processes user-defined requests. For those unaware, load-scripts.php file has only been designed for admin users to help a website improve performance and load page faster by combining (on the server end) multiple JavaScript files into a single request. Howe 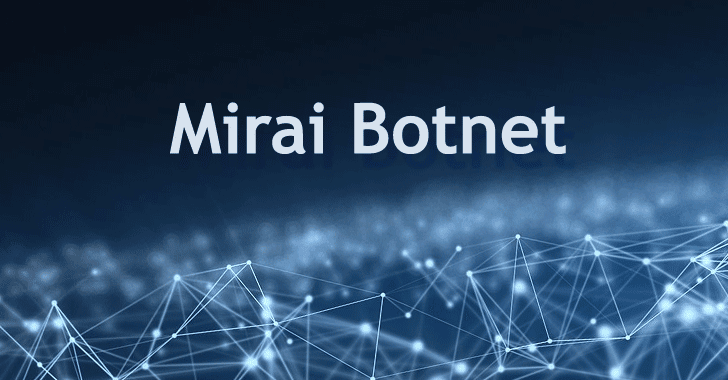 Dec 13, 2017
The U.S. federal officials have arrested three hackers who have pleaded guilty to computer-crimes charges for creating and distributing Mirai botnet that crippled some of the world's biggest and most popular websites by launching the massive DDoS attacks last year. According to the federal court documents unsealed Tuesday, Paras Jha (21-year-old from New Jersey), Josiah White (20-year-old Washington) and Dalton Norman (21-year-old from Louisiana) were indicted by an Alaska court last week on multiple charges for their role in massive cyber attacks conducted using Mirai botnet. Mirai is a piece of nasty IoT malware that scans for insecure routers, cameras, DVRs, and other Internet of Things devices which are still using their default passwords and then add them into a botnet network, which is then used to launch DDoS attacks on websites and Internet infrastructure. According to his plea agreement, Jha " conspired to conduct DDoS attacks against websites and web ho 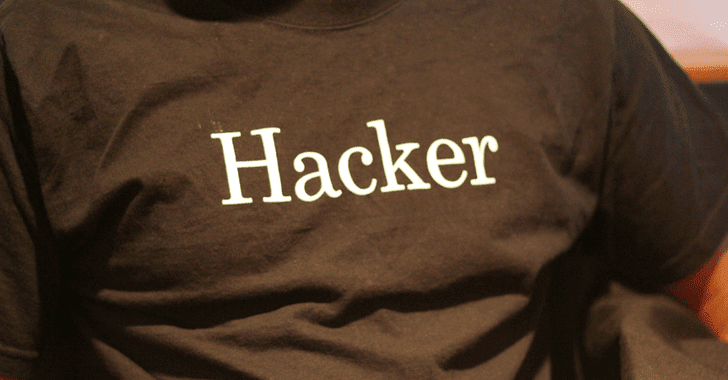 Dec 12, 2016
Europol has announced that the law enforcement agencies from 13 countries around the globe have arrested 34 users of Netspoof DDoS attack tool and interviewed and warned 101 suspects in a global crackdown. According to the report published on the official website of Europol, law enforcement authorities worldwide have made the arrest between 5 December and 9 December 2016. Europol's European Cybercrime Centre (EC3) supported the law enforcement agencies in their efforts to identify suspects in the European Union and beyond. Arrested Suspects Are Mainly Teenagers All those arrested are mainly "young adults under the age of 20," who are suspected of paying for Netspoof stresser as well as booters services to maliciously deploy DDoS-for-hire software and using them to launch cyber attacks. The ddos attacks flooded target websites and web servers with massive amounts of data, leaving those services inaccessible to users. Europol's European Cybercrime Cent 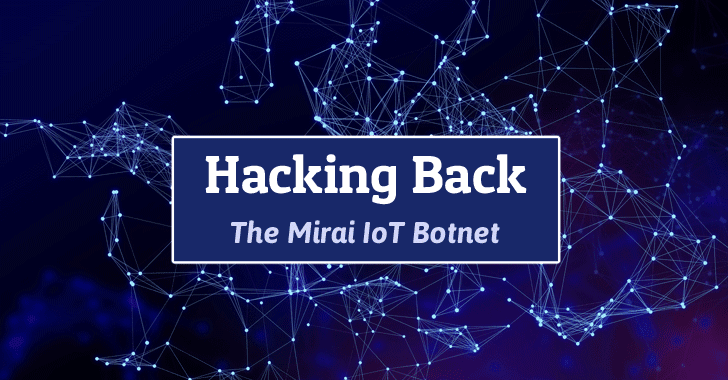 Oct 29, 2016
The infamous botnet that was used in the recent massive distributed denial of service (DDoS) attacks against the popular DNS provider Dyn, causing vast internet outage  last Friday, itself is flawed. Yes, Mirai malware, which has already enslaved millions of Internet of Things (IoT) devices across 164 countries, contains several vulnerabilities that might be used against it in order to destroy botnet's DDoS capabilities and mitigate future attacks. Early October, the developer of the malware publically released the source code of Mirai , which is designed to scan for IoT devices – mostly routers, cameras, and DVRs – that are still using their default passwords and then enslaves them into a botnet, which is then used to launch DDoS attacks. However, after a close look at the source code, a researcher discovered three vulnerabilities, one of which could be used to shut down Mirai's ability to flood targets with HTTP requests. A stack buffer overflow vulnerability wa 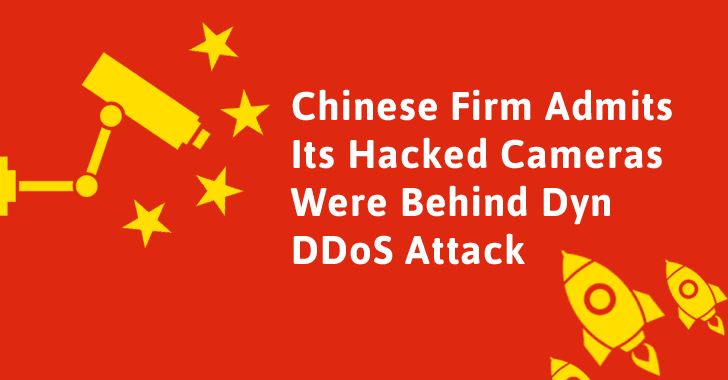 Oct 24, 2016
You might be surprised to know that your security cameras, Internet-connected toasters and refrigerators may have inadvertently participated in the massive cyber attack that broke a large portion of the Internet on Friday. That's due to massive Distributed Denial of Service (DDoS) attacks against Dyn, a major domain name system (DNS) provider that many sites and services use as their upstream DNS provider for turning IP addresses into human-readable websites. The result we all know: Twitter, GitHub, Amazon, Netflix, Pinterest, Etsy, Reddit, PayPal, and AirBnb, were among hundreds of sites and services that were rendered inaccessible to Millions of people worldwide for several hours. Why and How the Deadliest DDoS Attack Happened It was reported that the Mirai bots were used in the massive DDoS attacks against DynDNS, but they "were separate and distinct" bots from those used to execute record-breaking DDoS attack against French Internet service and hosting 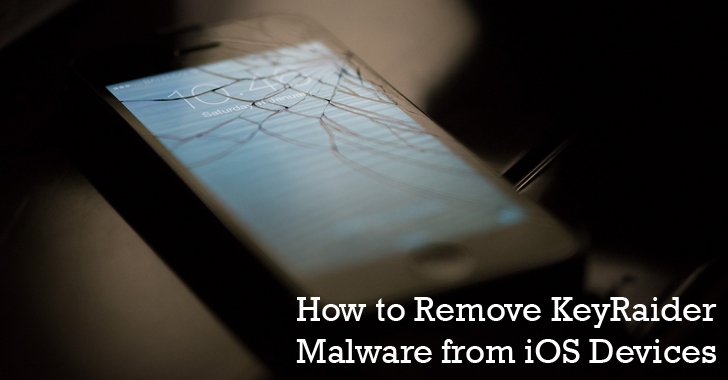 How to Remove KeyRaider Malware that Hacked Over 225,000 iOS Devices

Sep 07, 2015
Jailbreaking your device may have got you the best of apps but after reading this you will know what a high price you could have to pay for the jailbreak. Read on… A malware named ' KeyRaider ' has supposedly stolen user credentials of approximately 225K iPhone users. It has been given this name as it raids victims' username and passwords, private keys and certificates. Figures say that KeyRaider malware has affected a large number of users in China and worldwide 17 more countries. Also, the origin of malware is suspected to be in China, as said in investigations conducted by Palo Alto Networks for reporting any suspicious tweaks on iPhones. Users falling prey to KeyRaider may be the victims of: Ransomware Data Theft DDoS Attacks Malware is targeting jailbroken phones and when in action, it captures Apple ID of the users and make transactions using it. The researchers say that it is spreading with the help of Cydia app repositories that are popular amo 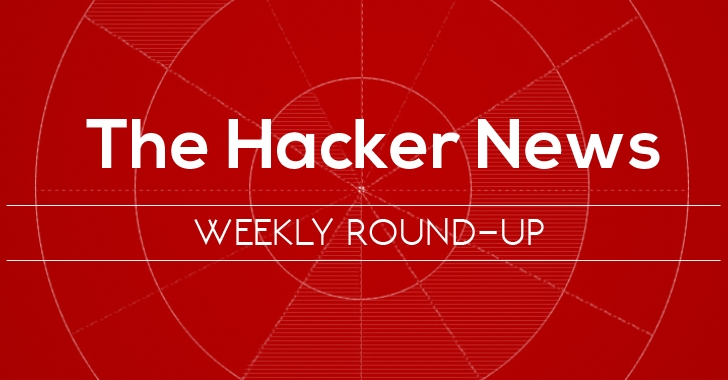 Sep 07, 2015
We found a high concern for cybersecurity tactics and an increased awareness of the challenges that it brings. This week, we shared lots of stories with our readers, and to help them in identifying the biggest malware threats to their online safety. We are here with the outline of our last week stories, just in case you missed any of them ( ICYMI ). We recommend you read the entire thing ( just click ' Read More ' because there's some valuable advice in there as well ). Here's the list: ➢ How Hackers Can Hack Your Gmail Accounts? Getting smarter in their phishing tactics, hackers have found out ways to fool Gmail's tight security system by bypassing its two-step verification. Hackers are now using text messages and phone-based phishing attacks to circumvent Gmail's security and take over your Gmail accounts. — Read more . ➢ Not Just Windows 10, Windows 7 and 8 Also Spy on You Laughing at controversial data mining and privacy invasion featur 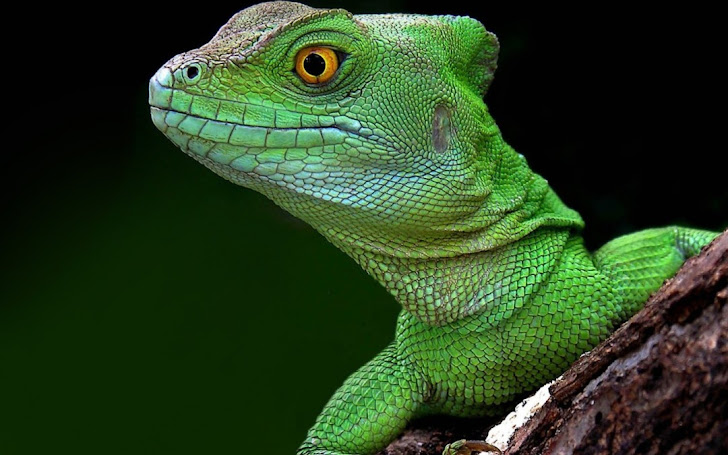 Aug 30, 2015
Six British teenagers arrested and released on bail on suspicion of launching cyber attacks on websites and services with the help of Lizard Squad DDoS attack tool, called Lizard Stresser . Lizard Squad is infamous for hacking and knocking down the largest online gaming networks – PlayStation Network and Xbox Live – last year by launching massive Distributed Denial-of-Service (DDoS) attacks. The notorious hacker group set up a website to let customers use its Lizard-branded DDoS-for-hire tool Lizard Stresser to launch similar DDoS attacks. The six teens, arrested by the National Crime Agency , are accused of using Lizard Stresser DDoS tool to launch cyber attacks against a school, a national newspaper, gaming companies and a number of online retailers. However, according to the law enforcement, none of the teenagers are believed to be the member of Lizard Squad, nor had any connection with the last year's Christmas hack against Sony and Microsoft's gami

Aug 26, 2015
Github – the popular code sharing website used by programmers to collaborate on software development – again became a victim of a distributed-denial-of-service (DDoS) attack on Tuesday morning. The attack came just a few months after the popular code repository website GitHub suffered a massive DDoS attack, which was linked to China. Also Read: China Using A Powerful 'Great Cannon' Weapon to Censor The Internet The company was made aware of the issue early on Tuesday. After investigating the problem, the team discovered that the service was under a new DDoS attack. The code repository disclosed the new attack on its status page as well as its official Twitter account. "The connectivity problems have been identified as a DDoS attack. We're working to mitigate now," GitHub status log read early on Tuesday. The March DDoS attack against GitHub lasted close to a week . At the time, the attackers used malicious JavaScript to hijack Internet 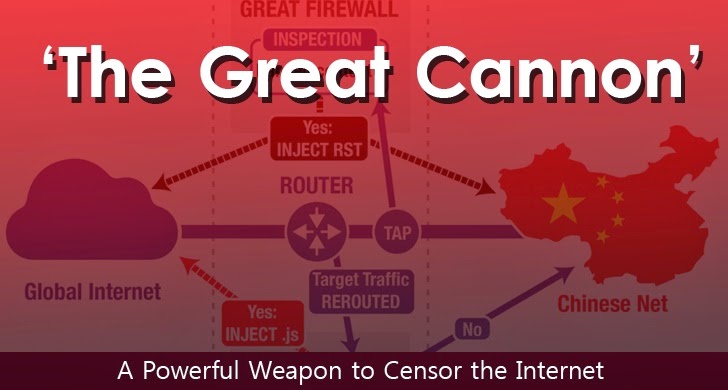 Apr 11, 2015
China has something very impressive that we are not aware of. The country has a powerful and previously unknown weapon that its government is using to bolster their cyber attack capabilities: Dubbed " The Great Cannon. " INTERNET CENSORSHIP IN CHINA When I talk about Internet censorship, it is incomplete if I don't mention China. China is famous for its Great Wall of China and Great Firewall of China . The censoring of Internet access and blocking an individual website in China by its government, known as the Great Firewall of China. But, why the Chinese government does that? The answer is very simple: The Chinese government restricts those contents it deems sensitive for its country's so-called democracy. It illegalize certain online speech and activities, block selected websites, and filter keywords out of searches initiated from computers located in Mainland China. The worse: Those Chinese citizens who offend authorities against Int
Next Page 