April 26, 2019Swati Khandelwal
If you own an eCommerce website built on WordPress and powered by WooCommerce plugin, then beware of a new, unpatched vulnerability that has been made public and could allow attackers to compromise your online store. A WordPress security company—called " Plugin Vulnerabilities "—that recently gone rogue in order to protest against moderators of the WordPress's official support forum has once again dropped details  and proof-of-concept exploit for a critical flaw in a widely-used WordPress plugin. To be clear, the reported unpatched vulnerability doesn't reside in the WordPress core or WooCommerce plugin itself. Instead, the vulnerability exists in a plugin , called WooCommerce Checkout Manager , that extends the functionality of WooCommerce by allowing eCommerce sites to customize forms on their checkout pages and is currently being used by more than 60,000 websites. The vulnerability in question is an "arbitrary file upload" issue that can be exploi 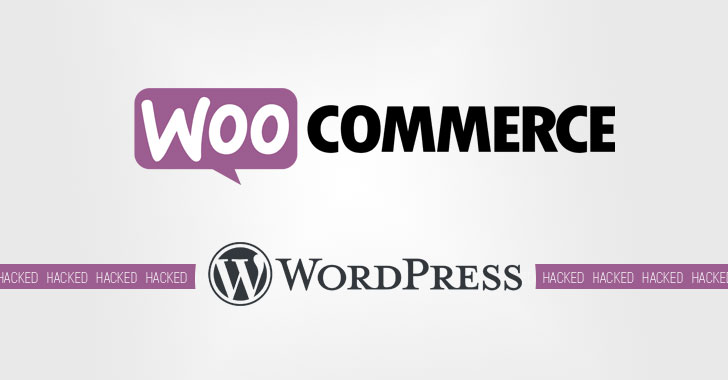 November 07, 2018Swati Khandelwal
If you own an eCommerce website built on WordPress and powered by WooCommerce plugin, then beware of a new vulnerability that could compromise your online store. Simon Scannell, a researcher at RIPS Technologies GmbH, discovered an arbitrary file deletion vulnerability in the popular WooCommerce plugin that could allow a malicious or compromised privileged user to gain full control over the unpatched websites. WooCommerce is one the most popular eCommerce plugins for WordPress that helps websites to upgrade their standard blog to a powerful online store. WooCommerce powers nearly 35% of e-stores on the internet, with more than 4 million installations. Exploiting WooCommerce File-Deletion and WordPress Design Flaws The attack demonstrated in the following video takes advantage of the way WordPress handles user privileges and WooCommerce file deletion vulnerability, allowing an account with "Shop Manager" role to eventually reset administrator accounts' pass
Next Page 
Popular This Week
Update Google Chrome to Patch 2 New Zero-Day Flaws Under Attack
Critical Flaws Discovered in Azure App That Microsoft Secretly Installs on Linux VMs
Microsoft Releases Patch for Actively Exploited Windows Zero-Day Vulnerability
Apple Issues Urgent Updates to Fix New Zero-Day Linked to Pegasus Spyware
You Can Now Sign-in to Your Microsoft Accounts Without a Password
Malware Attack on Aviation Sector Uncovered After Going Unnoticed for 2 Years