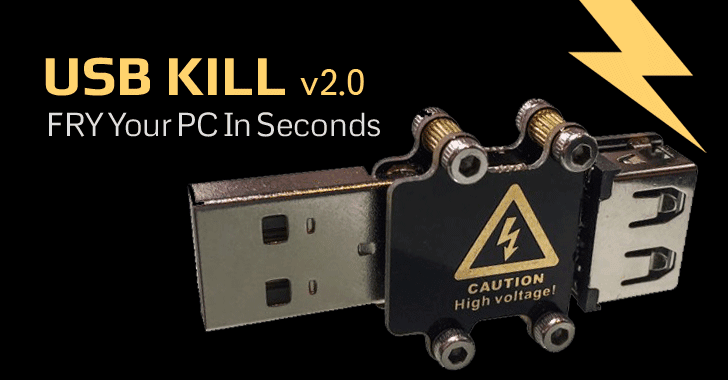 
Remember Killer USB stick ? A proof-of-concept USB prototype that was designed by a Russian researcher, Dark Purple, last year, to effectively destroy sensitive components of a computer when plugged in. Now, someone has actually created the Killer USB stick that destroys almost anything – such as Laptops, PCs, or televisions – it is plugged into. A Hong Kong-based technology manufacturer is selling a USB thumb drive called USB Kill 2.0 that can fry any unauthorized computer it's plugged into by introducing a power surge via the USB port. It costs $49.95 . How does USB Kill 2.0 work? As the company explains, when plugged in, the USB Kill 2.0 stick rapidly charges its capacitors via the USB power supply, and then discharges – all in a matter of seconds. The USB stick discharges 200 volts DC power over the data lines of the host machine and this charge-and-discharge cycle is repeated several numbers of times in just one second, until the USB Kill stick is removed. & 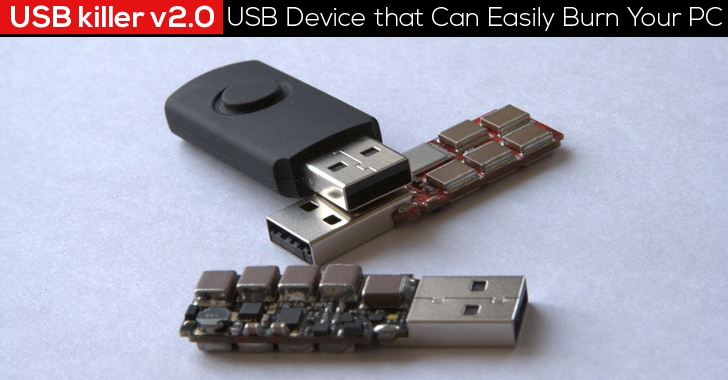 
Remember Killer USB ?? In March, a Russian security researcher devised a weird USB stick that is capable of destroying sensitive components of a computer when plugged-in. Now, the same researcher, nicknamed Dark Purple , has launched a new version of his computer-frying USB Killer pendrive – USB Killer version 2.0 . USB Killer 2.0 is much more powerful than the previous version and is able to "kill" more than just a PC it is plugged in. USB Killer 2.0 is More Powerful to Damage any Computer The first version of USB Killer was consist of a DC/DC converter, a few caps and an FET. When plugged into a system, the converter in the USB Killer would charge the caps up to -110V , apply that voltage to signal lines of the USB interface, and repeat the entire process until everything possible in the computer is broken down. However, the second version of USB Killer dump -220V directly onto the signal lines of the USB interface, which is powerful enough to
Next Page 