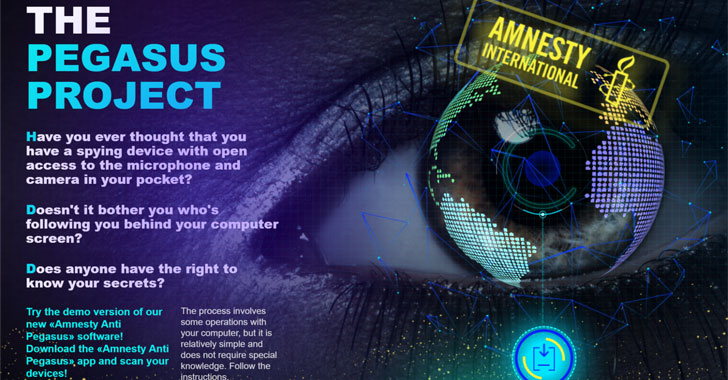 October 01, 2021Ravie Lakshmanan
In yet another indicator of how hacking groups are quick to capitalize on world events and improvise their attack campaigns for maximum impact, threat actors have been discovered impersonating Amnesty International to distribute malware that purports to be security software designed to safeguard against NSO Group's Pegasus surveillanceware.  "Adversaries have set up a phony website that looks like Amnesty International's — a human rights-focused non-governmental organization — and points to a promised antivirus tool to protect against the NSO Group's Pegasus tool," Cisco Talos researchers  said . "However, the download actually installs the little-known Sarwent malware." The countries most affected by the campaign include the U.K., the U.S., Russia, India, Ukraine, Czech Republic, Romania, and Colombia. While it's unclear as to how the victims are lured into visiting the fake Amnesty International website, the cybersecurity firm surmised the atta
Next Page 