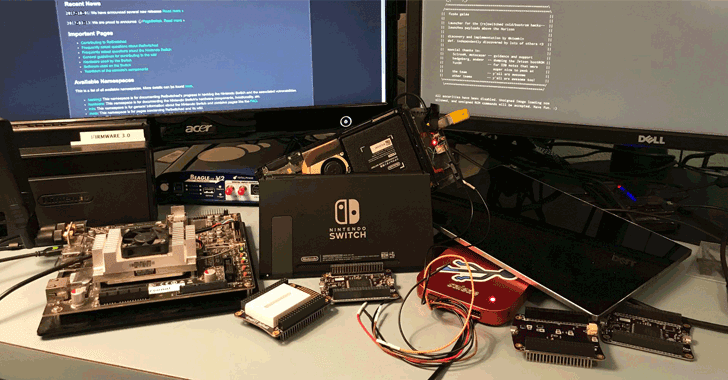 April 24, 2018Mohit Kumar
Two separate teams of security researchers have published working proof-of-concept exploits for an unpatchable vulnerability in Nvidia's Tegra line of embedded processors that comes on all currently available Nintendo Switch consoles. Dubbed Fusée Gelée and ShofEL2 , the exploits lead to a coldboot execution hack that can be leveraged by device owners to install Linux, run unofficial games, custom firmware, and other unsigned code on Nintendo Switch consoles, which is typically not possible. Both exploits take advantage of a buffer overflow vulnerability in the USB software stack of read-only boot instruction ROM (IROM/bootROM), allowing unauthenticated arbitrary code execution on the game console before any lock-out operations (that protect the chip's bootROM) take effect. The buffer overflow vulnerability occurs when a device owner sends an "excessive length" argument to an incorrectly coded USB control procedure, which overflows a crucial direct memory a
Next Page 