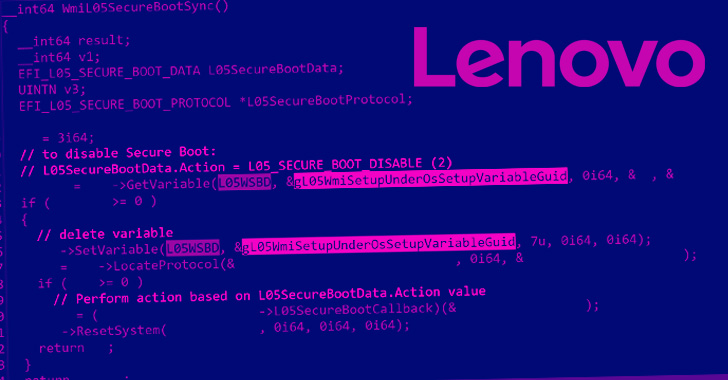 November 10, 2022Ravie Lakshmanan
PC maker Lenovo has addressed yet another set of three shortcomings in the Unified Extensible Firmware Interface (UEFI) firmware affecting several Yoga, IdeaPad, and ThinkBook devices. "The vulnerabilities allow disabling UEFI Secure Boot or restoring factory default Secure Boot databases (incl. dbx): all simply from an OS," Slovak cybersecurity firm ESET  explained  in a series of tweets. UEFI refers to software that acts as an interface between the operating system and the firmware embedded in the device's hardware. Because UEFI is  responsible  for launching the operating system when a device is powered on, it has made the technology an attractive option for threat actors looking to  drop malware  that's difficult to detect and remove. Viewed in that light, the flaws, tracked as CVE-2022-3430, CVE-2022-3431, and CVE-2022-3432, could be abused by an adversary to turn off Secure Boot, a security mechanism that's designed to prevent malicious programs from lo

September 12, 2022Ravie Lakshmanan
A number of firmware security flaws uncovered in HP's business-oriented high-end notebooks continue to be left unpatched in some devices even months after public disclosure. Binarly, which first  revealed details  of the issues at the  Black Hat USA conference  in mid-August 2022, said the vulnerabilities "can't be detected by firmware integrity monitoring systems due to limitations of the Trusted Platform Module (TPM) measurement." Firmware flaws can have serious implications as they can be abused by an adversary to achieve long-term persistence on a device in a manner that can survive reboots and evade traditional operating system-level security protections. The high-severity weaknesses identified by Binarly affect HP EliteBook devices and concern a case of memory corruption in the System Management Mode (SMM) of the firmware, thereby enabling the execution of arbitrary code with the highest privileges - CVE-2022-23930  (CVSS score: 8.2) - Stack-based buffer 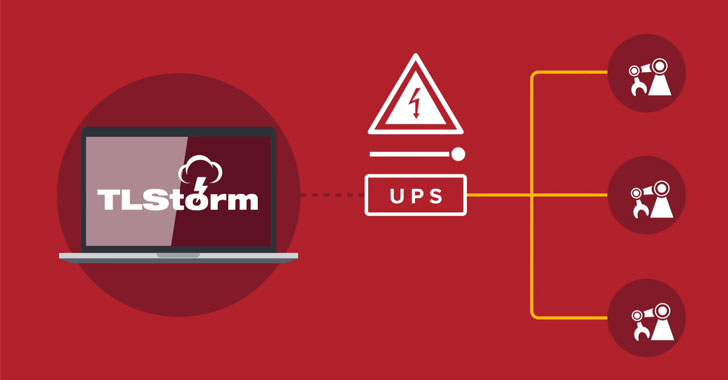 March 09, 2022Ravie Lakshmanan
Three high-impact security vulnerabilities have been disclosed in  APC Smart-UPS devices  that could be abused by remote adversaries as a physical weapon to access and control them in an unauthorized manner. Collectively dubbed  TLStorm , the flaws "allow for complete remote takeover of Smart-UPS devices and the ability to carry out extreme cyber-physical attacks," Ben Seri and Barak Hadad, researchers from IoT security company Armis, said in a report published Tuesday. Uninterruptible power supply ( UPS ) devices function as emergency backup power providers in mission-critical environments such as medical facilities, server rooms, and industrial systems. Most of the afflicted devices, totaling over 20 million, have been identified so far in healthcare, retail, industrial, and government sectors. TLStorm consists of a trio of critical flaws that can be triggered via unauthenticated network packets without requiring any user interaction, meaning it's a zero-click att 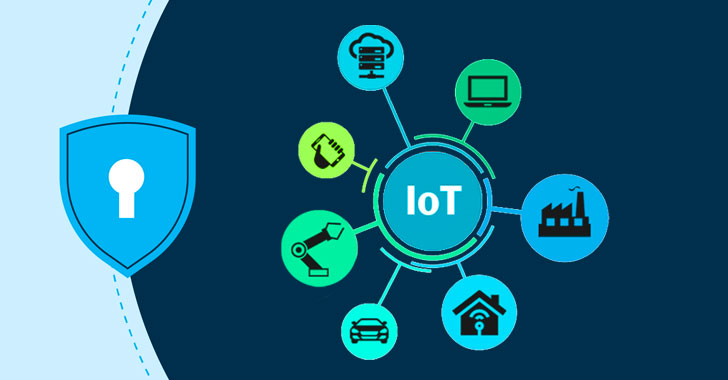 February 07, 2022The Hacker News
Today's enterprise networks are complex environments with different types of wired and wireless devices being connected and disconnected. The current device discovery solutions have been mainly focused on identifying and monitoring servers, workstation PCs, laptops and infrastructure devices such as network firewalls, switches and routers, because the most valuable information assets of organizations are being stored, processed and transferred over those devices, hence making them the prime target of security breaches and intrusions. However, a new trend has been emerging in the past four years,  where attackers have been targeting purpose-built connected devices  such as network printers and video conferencing systems as an entry point and data exfiltration route. These devices cannot be identified properly by the current IT asset discovery solutions for the following main reasons: Proprietary protocols are often used for managing and monitoring such devices that are not know

December 30, 2021Ravie Lakshmanan
A previously unknown rootkit has been found setting its sights on Hewlett-Packard Enterprise's Integrated Lights-Out ( iLO ) server management technology to carry out in-the-wild attacks that tamper with the firmware modules and completely wipe data off the infected systems. The discovery, which is the first instance of real-world malware in iLO firmware, was documented by Iranian cybersecurity firm Amnpardaz this week. "There are numerous aspects of iLO that make it an ideal utopia for malware and APT groups: Extremely high privileges (above any level of access in the operating system), very low-level access to the hardware, being totally out of the sight of the admins, and security tools, the general lack of knowledge and tools for inspecting iLO and/or protecting it, the persistence it provides for the malware to remain even after changing the operating system, and in particular being always running and never shutting down," the researchers  said . Besides managin
Next Page 