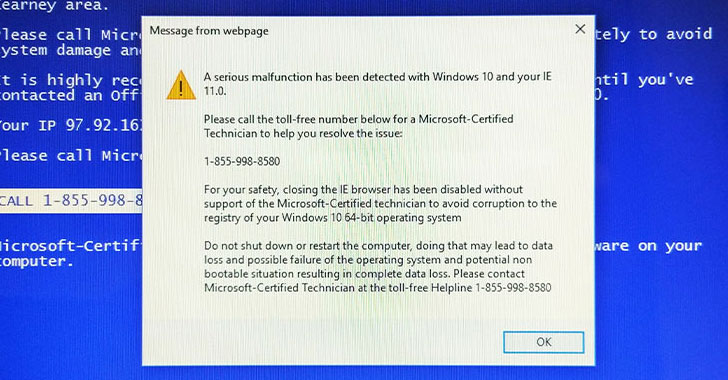 December 17, 2021The Hacker News
It's no secret that the internet isn't a very safe place. And it's not hard to understand why. It's a medium that connects billions of people around the world that affords bad actors enough anonymity to wreak havoc without getting caught. It's almost as if the internet's tailor-made to enable scams and fraud. And that's just what it does. Right now, the world's on track to  lose $10.5 trillion every year  to cybercrime. That number is so large that it's hard for the average person to grasp. And when most people hear it, they imagine that money's coming mostly from large-scale data breaches and ransomware attacks on large companies. Although businesses are among the hardest hit each year, they're by no means the only target. Every day, internet users are targeted too. They face barrages of phishing emails, compromised websites, and booby-trapped downloads. But among all of the attacks aimed at rank-and-file users, there's one that stand
Next Page 