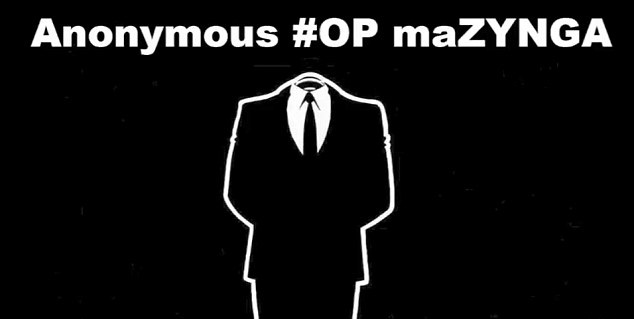 Oct 29, 2012
Hacking Group Anonymous has threatened to target Zynga, according to a post on the group's official news channel and a since-deleted YouTube video (but it was removed because it was considered a "violation of YouTube's policy on depiction of harmful activities") which suggests that the social game company is planning further layoffs which threaten to bring about " the end of the US game market as we know it ". Zynga announced plans to lay off 150 employees last week and shut down a number of its offices, as it looks to make savings of between $15 and $20 million. The operation, dubbed maZYNGA, will consist of the shutting down of Facebook - the platform on which Zynga games are hosted - and the distribution of previously obtained Zynga game codes for free. " During the last few days anonymous has been targeting Zynga for the outrageous treatment of their employees and their actions against many developers. We have come to believe that this actions of Zynga will res
Next Page 