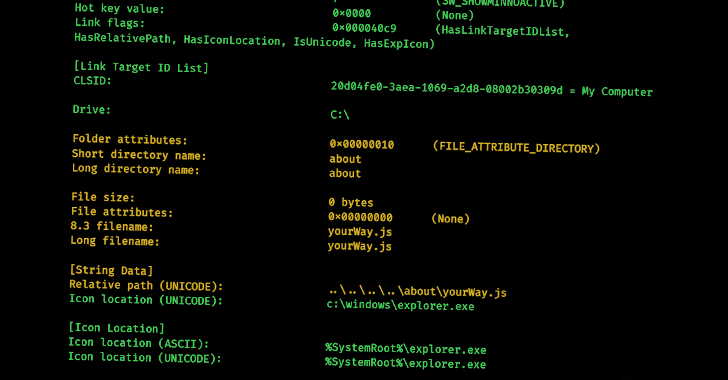 Cybercriminals are increasingly leveraging malicious LNK files as an initial access method to download and execute payloads such as Bumblebee, IcedID, and Qakbot.

A recent study by cybersecurity experts has shown that it is possible to identify relationships between different threat actors by analyzing the metadata of malicious LNK files, uncovering information such as the specific tools and techniques used by different groups of cybercriminals, as well as potential links between seemingly unrelated attacks.

"With the increasing usage of LNK files in attack chains, it's logical that threat actors have started developing and using tools to create such files," Cisco Talos researcher Guilherme Venere said in a report shared with The Hacker News.

Some of the major malware families that have used LNK files for initial access include Bumblebee, IcedID, and Qakbot, with Talos identifying connections between Bumblebee and IcedID as well as Bumblebee and Qakbot by examining the artifacts' metadata.

Specifically, multiple samples of LNK files leading to IcedID and Qakbot infections and those that were used in different Bumblebee campaigns have all been found to share the same Drive Serial Number.

LNK files have also been employed by advanced persistent threat (APT) groups like Gamaredon (aka Armageddon) in its attacks aimed at Ukrainian government entities. 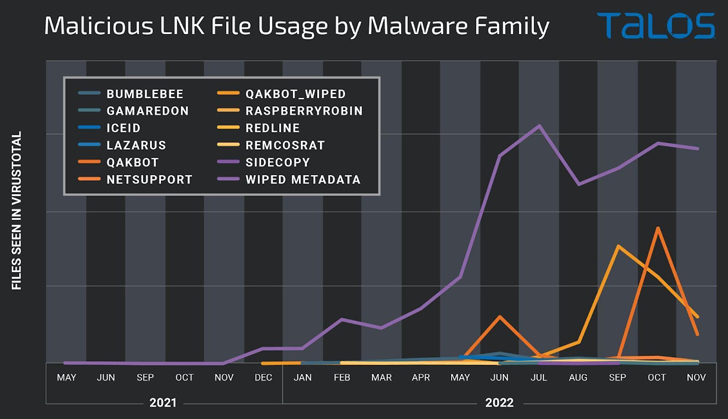 The noticeable spike in campaigns using malicious shortcuts is seen as a reactive response to Microsoft's decision to disable macros by default in Office documents downloaded from the Internet, prompting threat actors to embrace alternative attachment types and delivery mechanisms to distribute malware.