The Benefits of Building a Mature and Diverse Blue Team 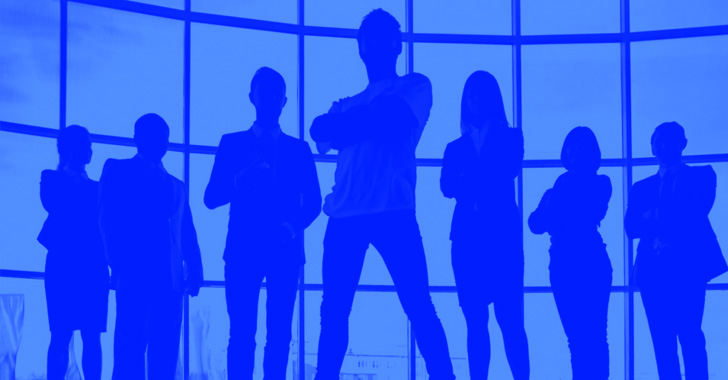 A few days ago, a friend and I were having a rather engaging conversation that sparked my excitement. We were discussing my prospects of becoming a red teamer as a natural career progression. The reason I got stirred up is not that I want to change either my job or my position, as I am a happy camper being part of Cymulate's blue team.

What upset me was that my friend could not grasp the idea that I wanted to keep working as a blue teamer because, as far as he was concerned, the only natural progression is to move to the red team.

Red teams include many roles ranging from penetration testers to attackers and exploit developers. These roles attract most of the buzz, and the many certifications revolving around these roles (OSCP, OSEP, CEH) make them seem fancy. Movies usually make hackers the heroes, while typically ignoring the defending side, the complexities and challenges of blue teamers' roles are far less known.

While blue teams' defending roles might not sound as fancy and gather little to no buzz, they include essential and diverse titles that cover exciting and challenging functions and, finally, pay well. In fact, Hollywood should look into it!

Defending is more complex than attacking, and it is more crucial

Consider that you are a cyber security defender and that your assigned job is to protect your IT Infrastructure.

Blue teams include complex, challenging, and research-intensive disciplines, and the related roles are not filled.

In the conversation mentioned above, my friend assumed that defending roles mainly consist of monitoring SIEMs (Security Information and Event Management) and other alerting tools, which is correct for SOC (Security Operations Center) analyst roles. Here are some atypical Blue Team roles:

These roles are challenging, time intensive, complex, and demanding. Additionally, they involve working together with the rest of the blue team to provide the best value for the organization.

According to a recent CSIS survey of IT decision makers across eight countries: "82 percent of employers report a shortage of cybersecurity skills, and 71 percent believe this talent gap causes direct and measurable damage to their organizations." According to CyberSeek, an initiative funded by the National Initiative for Cybersecurity Education (NICE), the United States faced a shortfall of almost 314,000 cybersecurity professionals as of January 2019. To put this in context, the country's total employed cybersecurity workforce is just 716,000. According to data derived from job postings, the number of unfilled cybersecurity jobs has grown by more than 50 percent since 2015. By 2022, the global cybersecurity workforce shortage has been projected to reach upwards of 1.8 million unfilled positions." 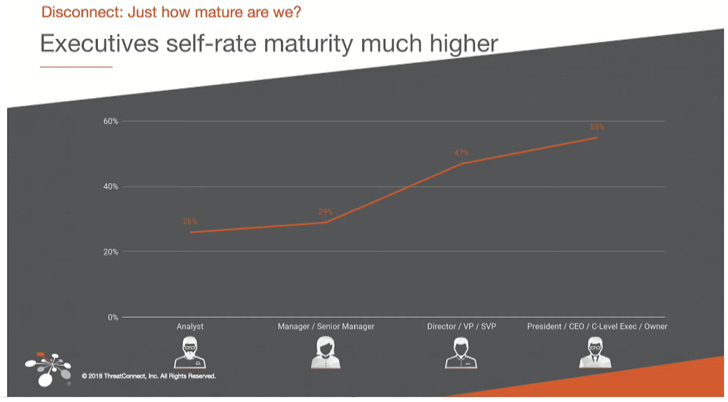 The above graph is from an excellent talk called "How to Get Promoted: Developing Metrics to Show How Threat Intel Works - SANS CTI Summit 2019". It illustrates the disconnect between the high-level executives and "on-the-ground" employees and how high-level executives think that their defensive teams are much more mature than their team self-assessment.

Bringing new and experienced researchers is expensive and complicated. Perhaps organizations should strive to promote and encourage entry analysts to learn and experiment with new skills and technologies. While SOC managers might fear that this might interfere with experienced analysts' daily missions or result in people leaving the company but, paradoxically, it will encourage analysts to stay and take a more active part in maturing the organization's security at almost no extra cost.

People get tired of doing the same thing every day. Perhaps a clever way to keep employees engaged and strengthen your organization is to let people cycle across distinct roles, for example, by teaching threat hunters to conduct threat intelligence work by giving them easy assignments or sending them off to courses. Another promising idea is to involve low-tier SOC analysts with real Incident Response teams and thus advance their skills. Both organizations and employees benefit from such undertakings.

Let our employees see the results of their demanding work

The table below contains more examples and measures taken from Exabeam. 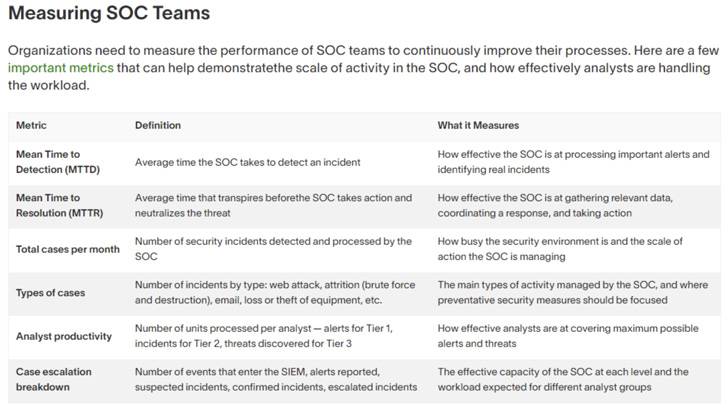 And, of course, validate your blue team's work with continuous security validation tools such as those on Cymulate's XSPM platform where you can automate, customize and scale up attack scenarios and campaigns for a variety of security assessments.

Note: This article is written and contributed by by Dan Lisichkin, Threat Hunter and Threat Intelligence Researcher at Cymulate.