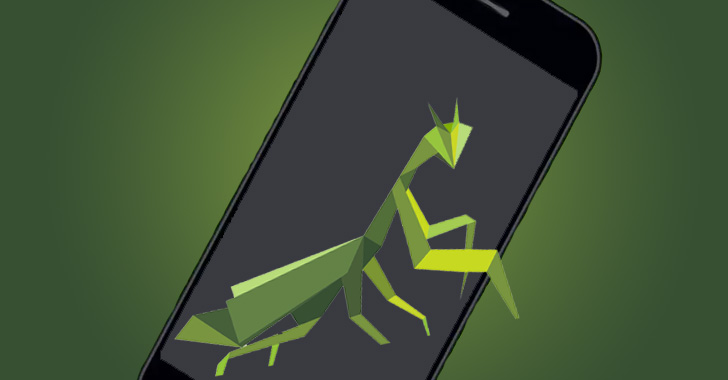 The mobile threat campaign tracked as Roaming Mantis has been linked to a new wave of compromises directed against French mobile phone users, months after it expanded its targeting to include European countries.

No fewer than 70,000 Android devices are said to have been infected as part of the active malware operation, Sekoia said in a report published last week.

"MoqHao (aka Wroba, XLoader for Android) is an Android remote access trojan (RAT) with information-stealing and backdoor capabilities that likely spreads via SMS," Sekoia researchers said.

It all starts with a phishing SMS, a technique known as smishing, enticing users with package delivery-themed messages containing rogue links, that, when clicked, proceed to download the malicious APK file, but only after determining if a victim's location is within French borders. 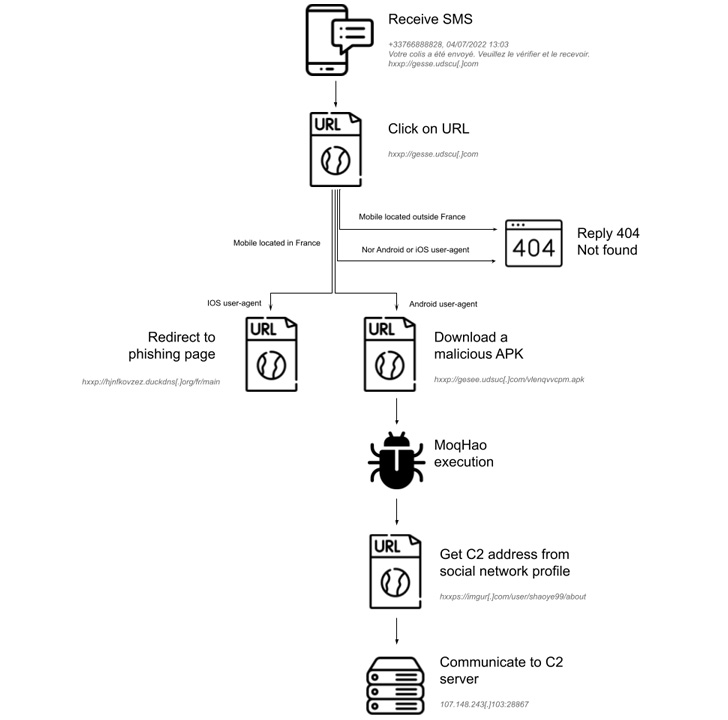 Should a recipient be located outside France and the device operating system is neither Android nor iOS – a factor ascertained by checking the IP address and the User-Agent string – the server is designed to respond with a "404 Not found" status code.

"The smishing campaign is therefore geofenced and aims to install Android malware, or collect Apple iCloud credentials," the researchers pointed out.

The spyware trojan, using these permissions, provides a pathway for remote interaction with the infected devices, enabling the adversary to stealthily harvest sensitive data such as iCloud data, contact lists, call history, SMS messages, among others.

Sekoia also assessed that the amassed data could be used to facilitate extortion schemes or even sold to other threat actors for profit. "More than 90,000 unique IP addresses [...] requested the C2 server distributing MoqHao," the researchers noted.