Ransomware Hackers Who Attacked Over 100 Companies Arrested in Ukraine 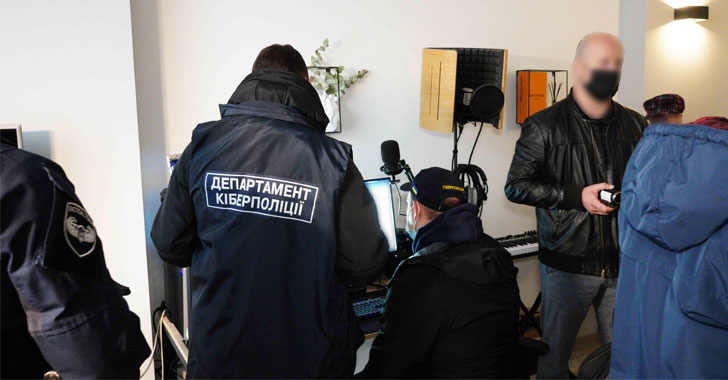 Law enforcement agencies have announced the arrest of two "prolific ransomware operators" in Ukraine who allegedly conducted a string of targeted attacks against large industrial entities in Europe and North America since at least April 2020, marking the latest step in combating ransomware incidents.

The joint exercise was undertaken on September 28 by officials from the French National Gendarmerie, the Ukrainian National Police, and the U.S. Federal Bureau of Investigation (FBI), alongside participation from the Europol's European Cybercrime Centre and the INTERPOL's Cyber Fusion Centre.

"The criminals would deploy malware and steal sensitive data from these companies, before encrypting their files," Europol said in a press statement on Monday. "They would then proceed to offer a decryption key in return for a ransom payment of several millions of euros, threatening to leak the stolen data on the dark web should their demands not be met."

Besides the two arrests, the international police operation witnessed a total of seven property raids, leading to the seizure of $375,000 in cash and two luxury vehicles costing €217,000 ($251,543), as well as the freezing of cryptocurrency assets worth $1.3 million.

The suspects are believed to have demanded hefty sums ranging anywhere between €5 to €70 million as part of their extortion spree, and are connected to a gang that's staged ransomware attacks against more than 100 different companies, causing damages upwards of $150 million, according to the Ukrainian National Police. The identity of the syndicate has not been disclosed.

The development comes over three months after the Ukrainian authorities took steps to arrest members of the Clop ransomware gang and disrupt the infrastructure the group employed in attacks targeting victims worldwide dating all the way back to 2019.