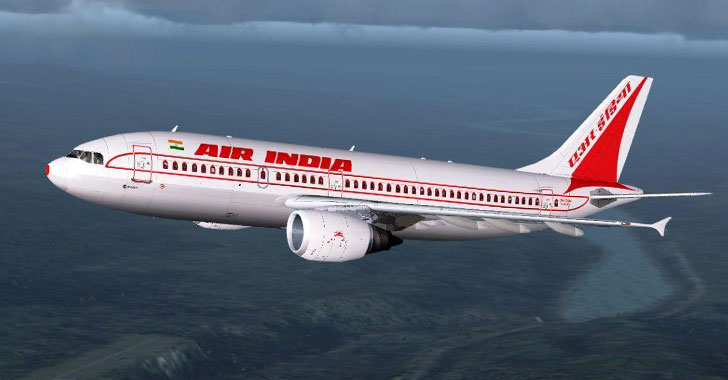 The airline had previously acknowledged the breach on March 19, stating that "its Passenger Service System provider has informed about a sophisticated cyber attack it was subjected to in the last week of February 2021."

In March, Swiss aviation information technology company SITA disclosed it suffered a "highly sophisticated attack" on its servers located in Atlanta, leading to a compromise of passenger data stored in its PSS system. SITA PSS is used by many carriers for processing airline passenger data as part of their frequent flyer programs.

As part of its investigation into the event, Air India said it engaged external specialists and that it notified credit card issuers of the issue, besides resetting passwords of its frequent flyer program. The airline is also urging users to change passwords wherever applicable to thwart potential unauthorized attempts and ensure the safety of their personal data.

UPDATE: According to DarkTracer, the personal information stolen from Air India following the SITA PSS server breach is now being allegedly sold on underground data sale forums for $3,000.