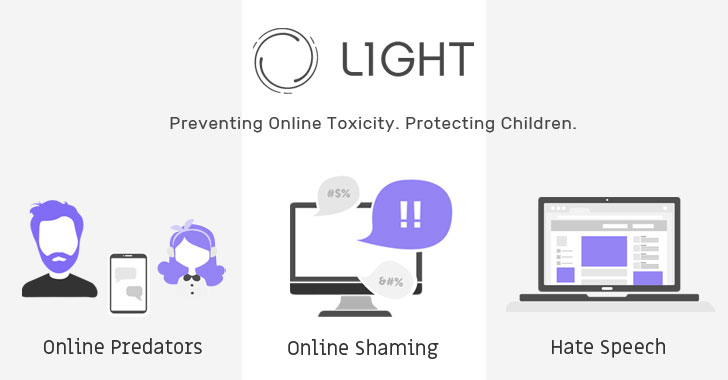 Cybersecurity has been regarded as a necessity for all computer users, especially today when data breaches and malware attacks have become rampant.

However, one of the more overlooked aspects of cybersecurity is the prevention of other forms of cybercrime, such as the spread of harmful content and predatory behavior.

Most current discussions on cybersecurity revolve around organizations needing to protect customer data or for individual users to prevent their sensitive data from being intercepted. However, given the prevalence of toxic behavior, it's about time the cybersecurity community also gives internet safety, especially for children and younger users, its due attention.

The firm raised $15 million in seed funding to further develop its platform. The funding round was led by Mangrove Capital Partners, Tribeca Venture Partners, and Western Technology Investment.

Just recently, the governments of Australia, Canada, New Zealand, the UK, and the US, released eleven voluntary principles that aim to guide technology companies on how to mitigate and address child exploitation issues and abuse on their platforms. The Technology Coalition, which is composed of tech giants that include Google, Microsoft, and Facebook, has backed these principles. The group commits to both promote awareness and look for new technologies that can help address the problem.

L1ght is uniquely poised to a major player in this particular space.

The Spread of Online Toxicity


While the internet is now a critical part of everyone's lives, it has also become a major cause for concern for parents and guardians around the world.

Many internet users spread hate speech and exhibit abusive behavior to harm other users. More than half, or 59 percent, of teens in the US have experienced cyber bullying or online harassment. Victims of cyber bullying, forms of behavior such as name-calling, spreading false rumors, and physical threats, can suffer from negative psychological effects.

They are more likely to experience changes in their sleep patterns and to exhibit symptoms of depression.

Aside from receiving online threats and abuse, young internet users can also find themselves in the hands of predators who target young and vulnerable individuals. Using advanced technology and techniques, these cybercriminals can expertly hide their abusive behavior from parental control software and law enforcement.

Predators typically join legitimate platforms, chat rooms, and forums to contact minors and establish false rapport. Unsuspecting youth can be easily lured and exploited by these malicious adults. More than one in ten, or 11 percent, of teens have experienced unwanted online solicitations.


Fortunately, solutions such as L1ght look to beef up content filtering and moderation measures in various platforms and to use AI to flag abusive behavior. Its integration with different platforms can also help moderators, owners, developers, and publishers stamp out bad behavior by removing harmful content and even taking action against accounts and users.

L1ght also employs a multidisciplinary team of data scientists, cybersecurity experts, psychologists, and anthropologists to build sophisticated algorithms that can identify nuances in communication to ensure accurate and timely detection in various content formats such as text, images, and video.


Unlike conventional content filters that use blacklists for forbidden words, L1ght's algorithm can identify potential variants and spellings of abusive words to effectively ban them. This means that there's no way for users to get around filters and use hateful expressions in discussions online.

In addition, the technology is sophisticated enough to analyze online exchanges to spot differences between different kinds of conversations, such as friendly trash talk and verbal abuse.

The recently secured funding will be used to further develop L1ght's algorithms to better detect toxicity in real-time.

A Safer Internet for Kids


Through its platform, L1ght aims to eliminate toxic online behavior and create a safe online environment that will allow young users to enjoy the benefits of the internet without harm.

"My co-founder Ron Porat and I started L1ght because we saw the dangers our children were facing online and felt not enough has been done to address these problems," L1ght co-founder and CEO Zohar Levkovitz say.

"Our main priority has always been to keep kids safe, and this investment is further proof that our technology can accomplish that. I'm honored and grateful to have our mission at L1ght validated through this seed round from true industry titans."

Preventing bad behavior and deterring other forms of cybercrime should be part of modern cybersecurity discussions, and solutions like L1ght are contributing to a safer internet, especially for kids.