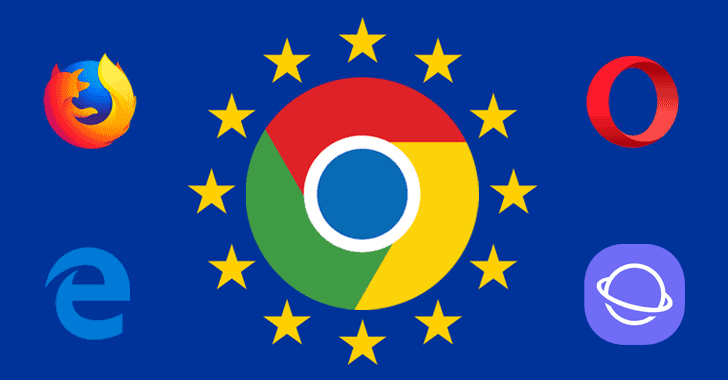 Google announced some major changes for its Android mobile operating system in October after the European Commission hit the company with a record $5 billion antitrust fine for pre-installing its own apps and services on third-party Android phones.

This rule led Google to change the way it licenses the Google mobile application suite to Android smartphone makers. Now, Google is further making some changes related to browser and search engine choice.

In a blog post published Tuesday, Google announced that the company would prompt Android phone owners in Europe (new and existing ones) in the coming months to choose from a variety of web browsers and search engines for their devices as their default apps.

"Now we will also do more to ensure that Android phone owners know about the wide choice of browsers and search engines available to download to their phones," the company says.

"This will involve asking users of existing and new Android devices in Europe which browser and search apps they would like to use."


Although Google did not specify, the prompt will likely appear during the phone setup phase.

The new licensing scheme applied only to Android devices in the European Economic Area (comprises the 28 EU countries along with Iceland, Liechtenstein, and Norway) and required phone makers to obtain separate, paid licenses if they want to include:


This change allowed smartphone makers in Europe to install any app they want to serve as alternatives to Google apps without being forced to bundle Google Search and Chrome.

Google also said Android users have always been free to download any browser and search engine apps they want, "irrespective of what came pre-installed on the phone," noting that "a typical Android phone user will usually install around 50 additional apps on their phone."

The company has likely come up with these latest changes to show the European Union its "continued commitment to operating in an open and principled way."

Not just for Google's mobile operating system, but the European Union also fined Google $2.7 billion in June 2017 over abusing the way it prioritizes its own shopping results at the top of its search results at the expense of its rival products.

In the latest blog post, the tech giant also announced some changes to Google Shopping, which includes providing "direct links to comparison shopping sites, alongside specific product offers from merchants."