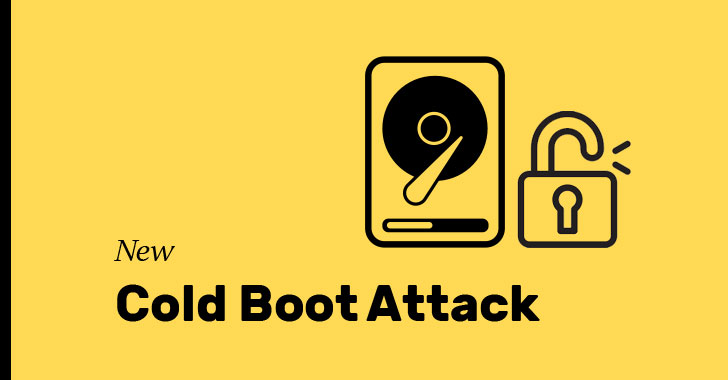 Security researchers have revealed a new attack to steal passwords, encryption keys and other sensitive information stored on most modern computers, even those with full disk encryption.

The attack is a new variation of a traditional Cold Boot Attack, which is around since 2008 and lets attackers steal information that briefly remains in the memory (RAM) after the computer is shut down.

However, to make the cold boot attacks less effective, most modern computers come bundled with a safeguard, created by the Trusted Computing Group (TCG), that overwrites the contents of the RAM when the power on the device is restored, preventing the data from being read.

Now, researchers from Finnish cyber-security firm F-Secure figured out a new way to disable this overwrite security measure by physically manipulating the computer's firmware, potentially allowing attackers to recover sensitive data stored on the computer after a cold reboot in a matter of few minutes.

"Cold boot attacks are a known method of obtaining encryption keys from devices. But the reality is that attackers can get their hands on all kinds of information using these attacks. Passwords, credentials to corporate networks, and any data stored on the machine are at risk," the security firm warns in a blog post published today.


Using a simple tool, researchers were able to rewrite the non-volatile memory chip that contains the memory overwrite settings, disable it, and enable booting from external devices. You can also watch the video demonstration performing the attack below.
Like the traditional cold boot attack, the new attack also requires physical access to the target device as well as right tools to recover remaining data in the computer's memory.

"It's not exactly easy to do, but it is not a hard enough issue to find and exploit for us to ignore the probability that some attackers have already figured this out," says F-Secure principal security consultant Olle Segerdahl, one the two researchers. 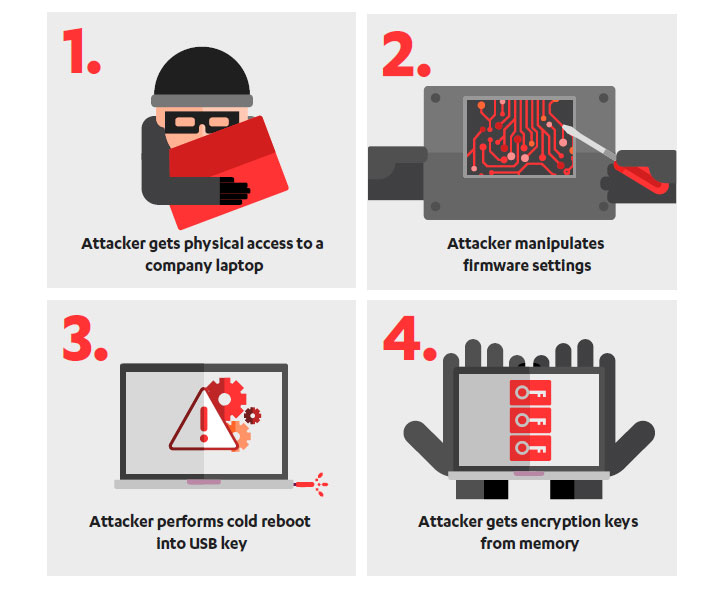 According to Olle and his colleague Pasi Saarinen, their new attack technique is believed to be effective against nearly all modern computers and even Apple Macs and can't be patched easily and quickly.

The two researchers, who will present their findings today at a security conference, say they have already shared their findings with Microsoft, Intel, and Apple, and helped them explore possible mitigation strategies.

Microsoft updated its guidance on Bitlocker countermeasures in response to the F-Secure's findings, while Apple said that its Mac devices equipped with an Apple T2 Chip contain security measures designed to protect its users against this attack.

But for Mac computers without the latest T2 chip, Apple recommended users to set a firmware password in order to help harden the security of their computers.

The duo says there's no reliable way to "prevent or block the cold boot attack once an attacker with the right know-how gets their hands on a laptop," but suggest the companies can configure their devices so that attackers using cold boot attacks won't find anything fruitful to steal.

Meanwhile, the duo recommends IT departments to configure all company computers to either shut down or hibernate (not enter sleep mode) and require users to enter their BitLocker PIN whenever they power up or restore their PCs.

Attackers could still perform a successful cold boot attack against computers configured like this, but since the encryption keys are not stored in the memory when a machine hibernates or shuts down, there will be no valuable information for an attacker to steal.