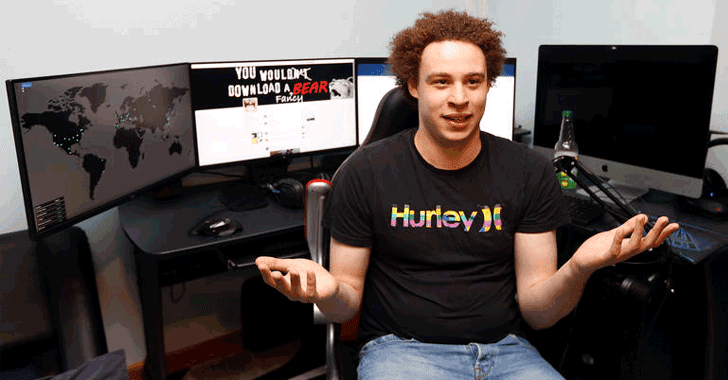 Hutchins, the 24-year-old better known as MalwareTech, was arrested by the FBI last year as he was headed home to England from the DefCon conference in Las Vegas for his alleged role in creating and distributing Kronos between 2014 and 2015.

Kronos is a Banking Trojan designed to steal banking credentials and personal information from victims' computers, which was sold for $7,000 on Russian online forums, and the FBI accused Hutchins of writing and promoting it online, including via YouTube.

Hutchins pleaded not guilty at a court hearing in August 2017 in Milwaukee and release on $30,000 bail.

However, earlier this week, a revised superseding indictment [PDF] was filed with the Wisconsin Eastern District Court, under which Hutchins faces four new charges along with the six prior counts filed against him by the FBI a month before his arrest.

Marcus Accused of Creating and Selling Another Malware


According to the new indictment, Hutchins created a second piece of malware, known as "UPAS Kit," and also lied to the Federal Bureau of Investigations (FBI) when he was arrested and questioned last year in Las Vegas.

As described by prosecutors, UPAS Kit is Spybot virus that "allowed for the unauthorized exfiltration of information from protected computers" and "used a form grabber and web injects to intercept and collect personal information," including credit card details.

UPAS Kit advertised to "install silently and not alert antivirus engines," for prices ranged above $1,000 back in 2012.

According to the indictment, Hutchins created UPAS Kit in 2012, when he was just 18, and sold it online to another unnamed co-defendant identified as "VinnyK" (aka Aurora123), who was also involved in promoting Kronos.

VinnyK then sold UPAS Kit to another person in Wisconsin in 2012, who allegedly used the malware to attack computers in the United States.

Two other charges relate to Hutchins "aiding and abetting" the distribution of invasive code in an attempt to damage "10 or more protected computers," and helping others to hack computers for financial gain.

Marcus Appealed to his Followers for Donations to Cover Legal Costs


As the news on the revised indictment broke, Hutchins, who has repeatedly denied any illegal activity, called the charges "bullshit" and appealed to his Twitter followers for donations to cover legal costs.


"Spend months and $100k+ fighting this case, then they go and reset the clock by adding even more bullshit charges like 'lying to the FBI,'" Hutchins wrote on his Twitter, calling for donations by adding a quote from Starcraft video game: "We require more minerals."

Hutchins' lawyer Brian Klein called the charges "meritless" and said he expects his client to be cleared of all charges.


"[We] are disappointed the govt has filed this superseding indictment, which is meritless," Klein tweeted. "It only serves to highlight the prosecution's serious flaws. We expect [Hutchins] to be vindicated and then he can return to keeping us all safe from malicious software."

Hutchins, who is living in Los Angeles on bail, is unable to leave the United States since last year due to his pending criminal charges.

Hutchins stormed to fame and hailed as a hero earlier last year when he accidentally stopped a global epidemic of the WannaCry ransomware attack that crippled computers all across the world.