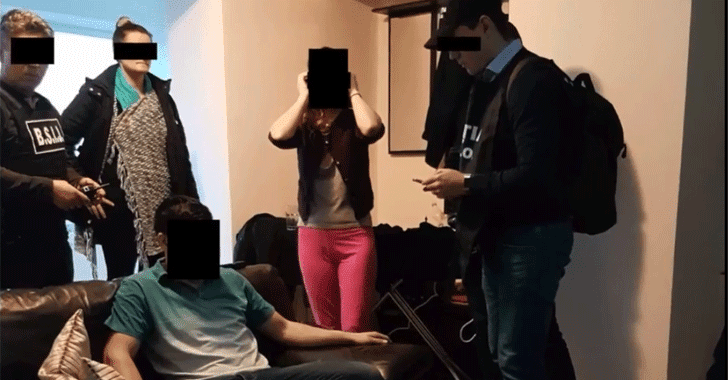 Romanian police have arrested five individuals suspected of infecting tens of thousands of computers across Europe and the United States in recent years by spreading two infamous ransomware families—Cerber and CTB Locker.

Under Operation Bakovia—a major global police operation conducted by Europol, the FBI and law enforcement agencies from Romanian, Dutch, and the UK—raided six houses in East Romania and made five arrests, Europol said on Wednesday.

One thing to note is that all of the five suspects were not arrested for developing or maintaining the infamous ransomware strains, but for allegedly spreading CTB Locker and Cerber.

Based on CryptoLocker, CTB Locker, aka Critroni, was the most widely spread ransomware families in 2016 and was the first ransomware to use the Tor anonymizing network to hide its command and control servers.

Emerged in March 2016, Cerber ransomware works on ransomware-as-a-service (RaaS) model that helped it to gain widespread distribution, allowing any would-be hacker to spread the malware in exchange for 40% of each ransom amount paid.
While CTB Locker helped criminals made $27 million in ransom, Cerber was ranked by Google as the most criminally profitable ransomware that helped them earned $6.9 million up in July 2017.

As with most ransomware, CTB Locker and Cerber distributors were using the most common attack vectors, such as phishing emails and exploit kits.

"In early 2017, the Romanian authorities received detailed information from the Dutch High Tech Crime Unit and other authorities that a group of Romanian nationals was involved in sending spam messages," Europol said in its press release.

"The spam messages intended to infect computer systems and encrypt their data with the CTB-Locker ransomware aka Critroni. Each email had an attachment, often in the form of an archived invoice, which contained a malicious file. Once this attachment was opened on a Windows system, the malware encrypted files on the infected device."

Although the authorities did not release the actual identities of the arrested individuals yet, Europol released a dramatic video of the arrests, where you can see how armed officers stormed the suspects' residence.