Become a Linux Expert — Get this Online 5-Course Training Bundle 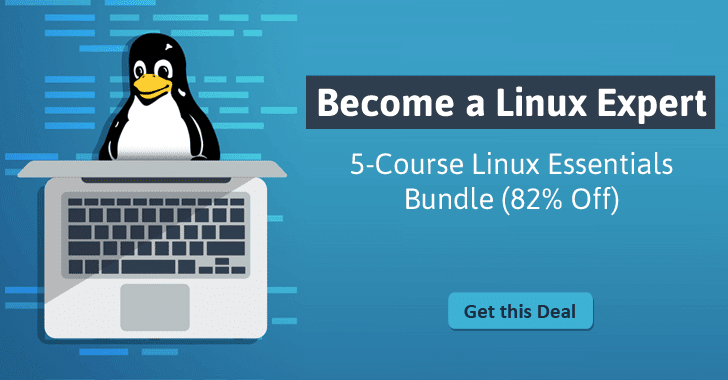 Linux is considered as one of the most favorite operating systems for hackers and security researchers. The open source operating system is often used for building technologies as it offers developers much room for modifications.

Linux is used on many hardware platforms, servers, gaming platforms, and much more. So it is essential for anyone, who want to become a Linux pro or seeking a career in system administrator, to understand Linux.

But Are you tired of searching multiple resources to fully understand Linux?

This process is not just time-consuming, but also expensive as one has to pay for different courses to know and learn how to setup, maintain and operate a fully backend infrastructure powered by Linux Operating System.

Not now! You don't need to waste your time and money, as today's THN Deals will help you choose an excellent course specifically designed to teach you all thing Linux.

Linux Essentials Bundle is a complete package that covers everything that is required to become a Linux Pro.

From an introductory course for absolute beginners, Linux Essentials Bundle will work your way through BASH and Shell Programming, administering Linux/UNIX systems, creating apps with Docker, using 'vi' for coding and more.

The original value of this course is $225, but at THN Deals Store, you can get this Linux Essentials Bundle course for $39 after 82% of flat discount.

The classes in Linux Essentials Bundle include:
Over 50 hours of the training course, you will learn how to build on the Linux OS, develop apps with Docker Access, edit code with vi Editor, and build efficient systems.

82% OFF — Register for Training Course
So, head on to THN Deals Store now and get Linux Essentials Bundle for a super low price of just $39.