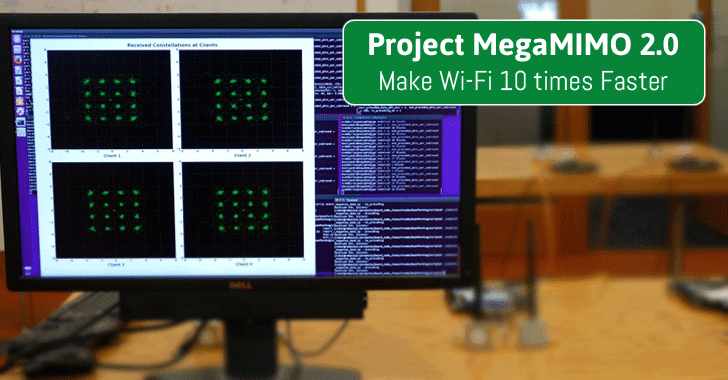 While using your cell phone at a massive public event, like a concert, conference, or sporting event, you have probably experienced slow communication, poor performance or slow browsing speeds, as crowds arrive.

That's because of 'Spectrum Crunch', which means, Interference of WiFi signals with each other.

WiFi signals of all cell-phones in a large event interfere with each other because they are all fighting over the same limited spectrum but there is not enough bandwidth to handle all the traffic from the cellphones that are trying to use the same frequency slice at the same time, leaving them frustrated with painfully slow Internet access.

However, a team of researchers from the MIT's Computer Science and Artificial Intelligence Laboratory (CSAIL) has developed a solution for this problem.

In a new research paper, 'Real-time Distributed MIMO Systems,' published online this week, the MIT team described a system for managing networks that cause the WiFi routers to collaborate better.

Dubbed "MegaMIMO 2.0" (Multiple Input, Multiple Output), the system uses an algorithm that coordinates multiple access points (routers) at once, syncing their phases so that multiple transmitters can share the same part of the spectrum without interference.

The algorithm developed by the researchers processes a router's signal in such a way that multiple routers can send information on the same wireless spectrum without causing any interference.

So what's the Result? 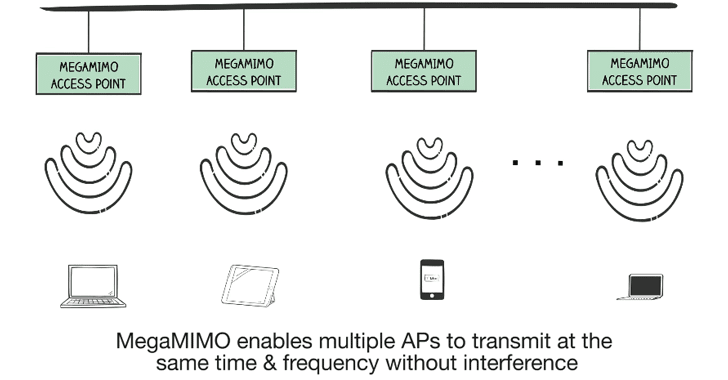 In the test conducted by the MIT team, led by professor Dina Katabi, the researchers said their MegaMIMO 2.0 was able to transfer wireless data 3.6 times faster than existing systems in a crowded room.

What's more impressive: The team was able to increase Wi-Fi speeds by a factor of 10 when it had tested with additional routers.

However, the team admitted that the MegaMIMO 2.0 system had not been tested in a stadium or any large venue, but in a lab using four laptops that roamed on Roomba robots designed to move around like people do in large gatherings.

You can watch the video demonstration that shows off the MegaMIMO 2.0 system online.
So-called 'Spectrum Crunch' is such a major issue that the White House recently announced both a $400 Million research initiative as well as a $4 Million global competition dedicated to this problem.

The team is confident their system will work and has already created a startup, called MegaMIMO, and is now exploring ways to commercialize their technology, so perhaps you will be able to watch YouTube videos at concerts and conferences.

However, you will have to be patient, as Ezzeldin Hussein Hamed, one of the MIT researchers, said it was too early to estimate when the average American would experience the benefits of these systems.