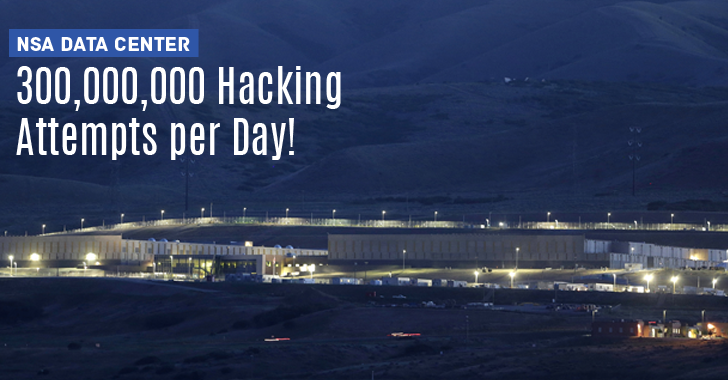 Utah State computer systems are experiencing a massive cyber attack on up to 300 Million Hacking attempts per day due to National Security Agency's (NSA) data center in the state.

According to the statistical survey, it is evident that the computer systems in the US State of Utah began to experience the hacking attack a few years back, precisely, soon after the NSA revelations by global surveillance whistleblower Edward Snowden.

It is a less-known fact that the NSA has built its new data center near the city of Bluffdale, Utah. However, a couple of years back, when Snowden revealed the presence of the data center, the attacks have constantly been going on.

The PRISM spying program by Big Brothers at NSA might have shifted the attention of hackers for the retaliation against mass-surveillance and flared up this heightened cyber attacks against the spying agency.

According to Utah Commissioner of public safety, Keith Squires, as quoted by KUTV:

Additionally, advanced weapons systems at Hill Air Force Base and other tech companies in Utah could also be the reason for this fueling cyber attacks.

The Security officers had identified the sudden influx of IP traffic traced into foreign IP ranges and said the incident would be a model of a botnet attack.

The botnet network scans for the technical glitches in the communication pathways to infect the system, as per its Command and Control (C&C) instructions.

In an attempt to minimize the attacking vector, Utah Security Officer had blocked the IP addresses from China, Russia, and Indonesia.

In the majority of cases, hackers are trying to gain a single access by many tactical ploys that could lead them to land into the NSA mainframes.

The Big Brother is Watching you…!