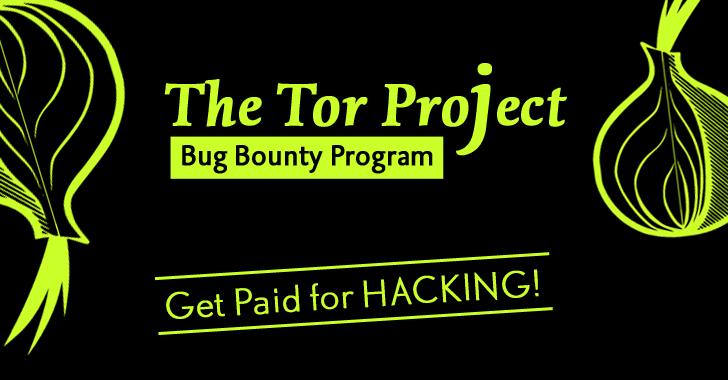 The non-profit organization behind TOR – the largest online anonymity network that allows people to hide their real identity online – will soon be launching a "Bug Bounty Program" for researchers who find loopholes in Tor apps.

The bounty program was announced during the recurring 'State of the Onion' talk by Tor Project at Chaos Communication Congress held in Hamburg, Germany.

Bug bounty programs are cash rewards gave by companies or organizations to white hat hackers and researchers who hunt for serious security vulnerabilities in their website or products and then responsibly disclose them.

Bug bounties are designed to encourage security researchers and hackers to responsibly report the vulnerabilities they discovered, rather than exploiting it.

Here's what one of the founders of the Tor Project, Nick Mathewson, said about the bug bounty program as reported by Motherboard:

"We are grateful to the people who have looked at our code over the years, but the only way to continue to improve is to get more people involved...This program will encourage people to look at our code, find flaws in it, and help us to improve it."

The bug bounty program will start in the new year.

The Tor Project is following in the footsteps of a number of major technology companies, such as Facebook, Google, Paypal, and Mozilla, which offer bug bounties in thousands of Dollars.

Recently United Airlines made headlines by becoming the first airline to launch its own bug bounty program, eventually awarding millions of frequent-flyer miles to hackers and researchers.

The bug bounty could be in the wake of last month's incident when Tor Project accused the FBI of paying the researchers of Carnegie Mellon University (CMU) at least $1 Million to help them Unmask Tor users and reveal their IP addresses. However, the FBI denies the claims.