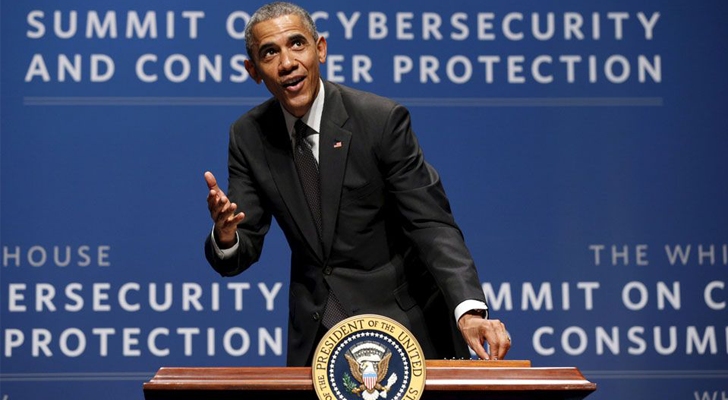 After the revelations that Whistleblower Edward Snowden made about the United States National Security Agency (NSA), the U.S. citizens are in need of more transparent digital security.

The Citizens of the United States have appealed to the Obama Administration through a campaign for rejecting any policy, mandate or law that stands against their security in the cyberspace and adopt strong encryption for them.

The Washington Post reported that the Obama Administration has agreed partially on the encrypted communications issue.

"The administration has decided not to seek a legislative remedy now, but it makes sense to continue the conversations with industry," James B. Comey, FBI Director, said at a Senate hearing Thursday of the Homeland Security and Governmental Affairs Committee.

This decision is considered as the Status Quo. It is like a win-win situation to decrease the tension because of the Petition and regard the law enforcement agencies as well as the citizens.

What does the Law Enforcement want?

The Law Enforcement Agencies (LEA) find it difficult to assess the encrypted information that they get from gaining access to the communications of criminals, terrorists and spies.

Even the state and local agencies investigating crimes like child kidnappings and car crashes find it difficult in the digital era with the increase in pieces of evidence that are electronic devices they can't access without a search warrant.

Further, if the cyber criminal "Pleads the Fifth," it becomes more challenging for the LEA.

What do the Citizens need?

The Citizens of the United States have stood up for a temporary alliance, where they are petitioning the President for privacy, security, and integrity of their communications and systems.

The campaign initiated by the U.S. citizens requires participation of their fellow citizens by signing the petition on the website Savecrypto.org, and the stats say they need 50,000 more number of participation from the people.

If they reach a majority of 100,000, then they will get a reply from the White House. Also, if they get more than 370,000 votes, it will be the most popular WhiteHouse.gov petition ever.

How Encryption comes into Play?

Companies that provide encryption are the ones that reside in between both the primary entities (LEA and Citizens) because they are ones allowing us to encrypt our information over:
In the matter of text, the companies offer encryption in which the only persons who can read that message are the sender and the receiver.

Whereas, in the case of a device, only its owner has the access to the device's data. However, the companies themselves leave 'backdoors' or keys to decrypt that data for the government, even if served with search warrants or intercept orders.

As, decoding the communication is a challenging task for the LEA, certain members of Congress and the FBI want to force these companies to give the government special access to the citizens
data.

And to achieve this they want these companies to:
However, the "security experts agree that it's not possible to give the government what it wants without creating vulnerabilities that could [even] be exploited by bad actors," quoted the Savecrypto.org.

It's like having no meaning of "Encryption" and "Security."

If this is the way Obama Administration is going to handle the Encryption policy for communications for the citizens, it would be a No-win situation.

The decision was declared at a Cabinet meeting on October 1, 2015, and, as the president has said, the US will "work to ensure that malicious actors can be held to account — without weakening our commitment to strong encryption."

National Security Council spokesman Mark Stroh also replied and said, "As part of those efforts, we are actively engaged with private companies to ensure they understand the public safety and national security risks that result from malicious actors' use of their encrypted services and products."

To know more about NSA's background, follow The Hacker News.