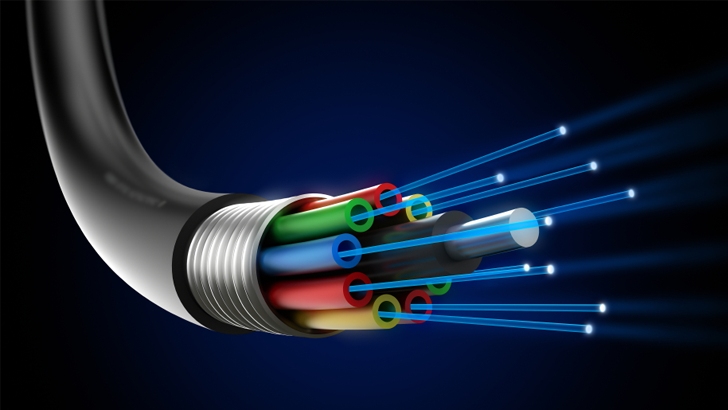 There's a lot of speculations and fears regarding the fiber optic network that delivers the Internet to your home and offices — What will happen when the fiber optic cables max out?

Well, there is nothing to fear about it. Your Internet is Safe!

Scientists at the University of California, San Diego, have recently managed to break the "capacity limits" of fiber optic networks, opening the door for faster, longer and potentially cheaper future networks.

The scientists not only broke the supposed limits of fiber optic data transmission, but also completely smashed it, increasing the power of optic signals by almost 20 times the base level.

"This advance has the potential to increase the data transmission rates for the fiber optical cables that serve as the backbone of the Internet, wireless, cable, and landline networks," the UC San Diego News Center writes.

Managed to Send the information 7,400 Miles

Generally, the optical fiber transmission has some physical limitations. Like if you increase the power too much, the beams of laser light that carry your useful data start interfering with each other, which eventually results in the signal degradation and loss of information.

However, while conducting experiments, researchers impressively managed to send the information a record-breaking 7,400 miles, without the need of costly electronic regenerators to boost up the signals.

The question is — How did Scientists Achieve such an Impressive Feat?

Nikola Alic, a lead researchers involved in the study, called current fiber optic systems are "a little like the quicksand...the more you struggle, the faster you sink."

In optical fibers, information is transferred through carriers that operate across a range of frequencies. Usually, when the power of signal transmissions is too high, the amount of "crosstalk," or interference, between the carriers rises, making it so distorted that it can't be decoded at the other end.

So to solve this issue, the scientists developed wideband "frequency combs" that essentially keeps signal distortions and interference predictable so that it could be reversed successfully when the signal reached its destination.

Researchers have published their detailed research in the journal Science, so you can go there and read the full report. Once again, clever scientists have proved that imaginations can win the world.