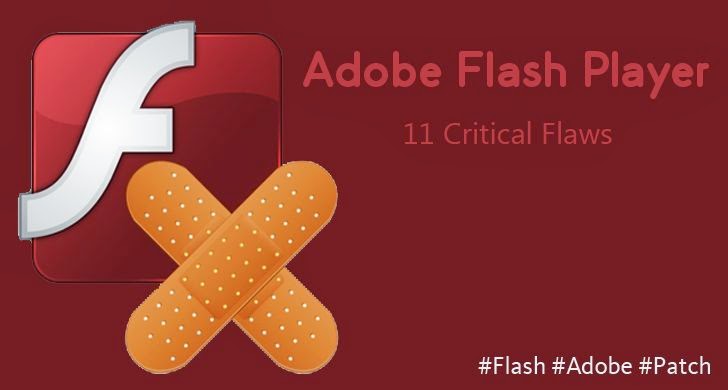 After the latest Microsoft Patch Tuesday updates that came with important patches for Stuxnet and FREAK encryption-downgrade attack, now its time to update your Adobe Flash Player.

Adobe has rolled-out an update for its popular Flash Player software that patches a set of 11 critical security vulnerabilities in its program, most of which potentially allow hackers to remotely execute arbitrary code on vulnerable systems.

In addition, Adobe Flash Player 11.2.202.442 for Linux and Flash Player Extended Support Release 13.0.0.269 for Windows and Mac OS X are also affected by the vulnerabilities.

REMOTE CODE EXECUTION
Total 9 Remote Code Execution vulnerabilities patches are included in the latest Adobe Flash PLayer update. An attacker could serve a specially crafted Flash file to trigger the vulnerabilities, which would lead to the execution of attacker's code in order to take control of a target system.

LIST OF VULNERABILITIES
The list of all the patched vulnerabilities along with their impacts is given below:
According to Adobe, none of the vulnerabilities are being publicly exploited in the wild thus far. However, we all know that immediately after the the release of updated versions, hackers starts exploiting these critical flaws in order to catch out people who haven't updated their machines.

Therefore users and administrators running Adobe Flash Player on Windows, Mac OS X and Linux are advised to update their software to the most recent version of the software in an attempt to protect their systems from cyber attacks.