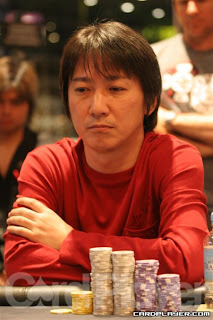 According to Symantec, He is just one of nine men arrested for distributing spam that included emails with links to Android malware 'Android.Enesoluty', used to collect contact details stored on the owner's device.

Security researchers discovered Android.Enesoluty first time in September 2012, it steals information and sends it to computers run by hackers.

The operation began around September, 2012 and ended in April, 2013 when authorities raided the company office.

Around 150 domains were registered to host the malicious apps and the group was able to collect approximately 37 million email addresses from around 810,000 Android devices. The company earned over 3.9 million US dollars by running a fake online dating service called Sakura site.

"His passion for taking chances and risks has paid off in the game of poker, but it's not looking good for his gambling with Android malware," Symantec said.

According to researchers, 'Android.Enesoluty' is sharing same source code with Android.Uracto, a Trojan that steals contacts and sends spam text messages to those contacts.