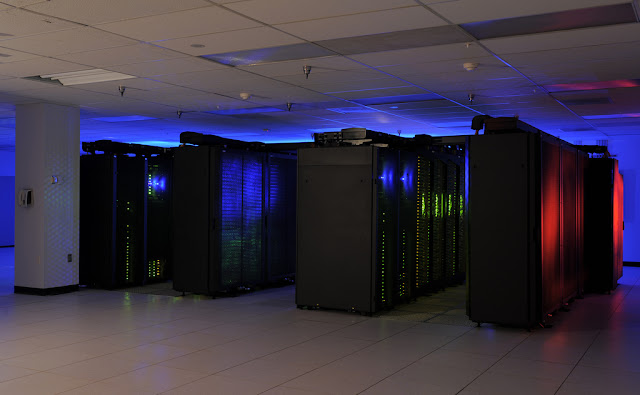 China has developed a new supercomputer known as Tianhe-2 which is twice as fast as US and Japanese systems has been measured at speeds of 30.65 petaflops or 74 percent faster than the current holder of the world's-fastest-supercomputer title.

Titan, the U.S. Department of Energy's fastest supercomputer, has been clocked in at just 17.6 petaflops per second. Earlier reports said China is aiming for no lesser than a 100 Petaflops machine by 2015.
China's National University of Defense Technology last week revealed about a massive machine in Changsha, that's expected to come out next weekend during the International Supercomputing Conference.

Tianhe-2 is built with Intel Ivy Bridge and Xeon Phi processors. The powerful system was assembled by Chinese company Inspur using tens of thousands of the latest multicore chips produced by Intel, with an addition of some home-made technology. In total, the supercomputer is said to contain over 3 million processor cores..

The supercomputer is expected to start working on airplane test simulations and government security operations at the Chinese National Supercomputer Center in Guangzhou by the end of this year.