Four Iraqi Government websites defaced today by hacker going by name "riSky". Defaced domains include Iraq National Investment Commission website also. Where, Tens of thousands of protesters rallied across Iraq on Friday, charging that Sunni Muslims had been disenfranchised under the Shiite-led government of Prime Minister Nouri Maliki and pressing for detainees to be freed, there internal and externals hackers are also creating trouble for Government.

Hacker claiming to hack the server, as proof he offer 'The Hacker News' some screenshots of cpanel WHM, as shown below: 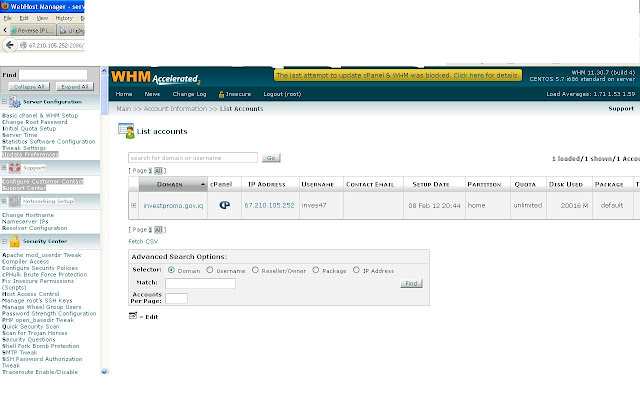 On going hacks and Protest in Iraq are driving the protests in the hopes of creating their own semi-autonomous region akin to Kurdistan, emboldened by the belief that the ongoing uprising in Syria will ultimately tip the regional balance of power toward Sunnis.

Last week Iraq also launches research and development grant programme. The goal of the programme is to support Iraqi innovators both inside and outside the country.