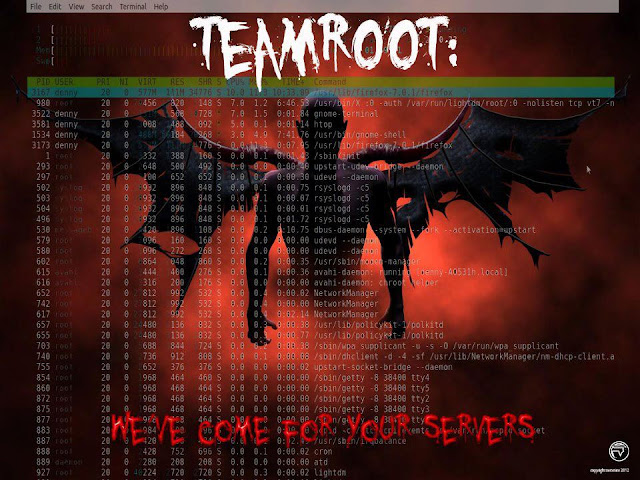 Hacker with name Teamr00t has hacked and defaced Syrian government and showed their support for the people of Syria against President Bashaar Al-Assad's latest actions in shutting down the internet.


Deface message
President Bashaar Al-Assad You have taken a step too far in shutting down the internet so the outside world cannot see the horrific crimes you are committing upon your own people and this will not be tolerated by the world watching!
The Syrian people have the right to freedom of speech, the right to live a normal happy life and the right to have access to the internet to connect with the rest of the world. By shutting down the internet you have denied your people their rights, and this will no longer be tolerated.
We have seen too many massacres, too much corruption, too much brutality inflicted upon the Syrian people and enough is enough! By shutting down the internet you have taken a step too far and you will not escape justice nor will you escape Teamr00t!
To the people of Syria we would like to assure you that we will do everything in our power to help you. You will not be the forgotten minority nor will we sit back and allow the world to forget you the Syrian people who so desperately need our help. Stay strong for you are not alone. We will do whatever it takes to help you gain back your freedom.
"Teamr00t Has Arrived!!! We are the voice for the suppressed people of the world, and we will show you the truth!"
Hackers Target :
Anyway, The internet service in Syria has resumed Saturday after a two-day outage.