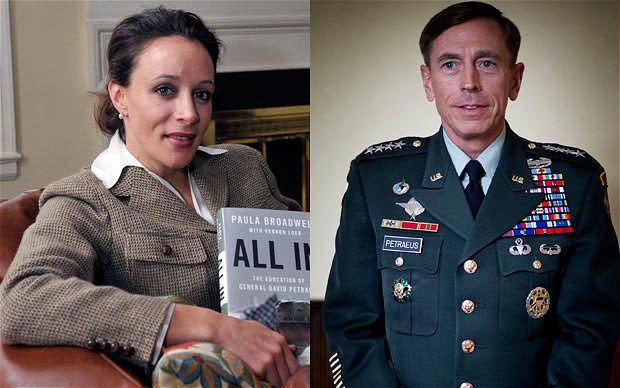 CIA Director was uncovered when a woman described as close to him received harassing emails and complained to authorities. The FBI traced the emails and found that they had been sent by Paula Broadwell, who wrote a highly favorable book on the former Army general's life and work. While initially investigating the reports, the FBI feared the CIA director's personal email account may have been hacked, but the sexual nature of the email exchanges exposed the affair.
A Yahoo email account belonging to former CIA Director David Petraeus may have been compromised by the group Anonymous. The personal email account was exposed during the the leak of commercial intelligence company STRATFOR by Anonymous Hackers, among other millions of email accounts of customers belongs to the company.

The emails sent by Broadwell indicated that she perceived the other woman as a threat to her relationship with Petraeus, law enforcement officials. Anonymous also obtained email logins to STRATFOR's website which potentially could have been used by Paula Broadwell for email or other secure sites as well as correspondence.

Broadwell was reportedly under investigation by the Federal Bureau of Investigation for allegedly trying to obtain access to the retired general's classified emails. Broadwell, a married mother of two young sons, apparently had no idea any of this was coming.