A new Ransomware Malware dubbed Gaeilge locks up an infected computer and attempts to extort €100 from the user for an unlock code. The demand for cash reportedly appeared in poorly written Gaelic, and the software nastie was spotted on a computer in County Donegal, Ireland.
Gaeilge tell computer users that attempts to access online pornography sent it into shut-down mode. But instead of giving in to the monetary request, the victim took the compromised machine to the repair store, The Register said. 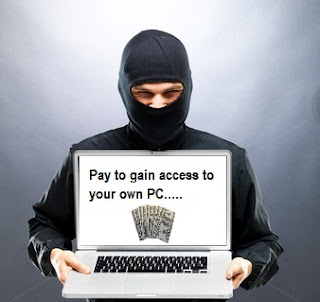 Ransomware (also referred to in some cases as cryptoviruses, cryptotrojans or cryptoworms) comprises a class of malware which restricts access to the computer system that it infects, and demands a ransom paid to the creator of the malware in order for the restriction to be removed.
Technician Brian McGarvey of Techie2u computer repairs told that it was the first time he'd come across a virus written in the Irish language during his 12 years of experience in the job. "It's quite a sophisticated and convincing scam," McGarvey said