Drones can be hijacked by terrorist, Researchers says Vulnerability Exist 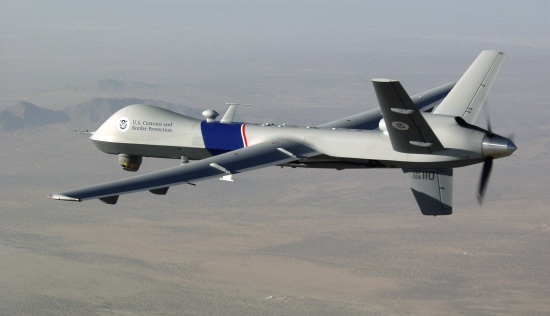 Fox News is reporting that researchers say that terrorists or drug gangs, with the right kind of equipment could turn the drones into "suicide" weapons.

A University of Texas researcher illustrated that fact in a series of test flights recently, showing that GPS "spoofing" could cause a drone to veer off its course and even purposely crash. This is particularly worrisome, given that the US is looking to grant US airspace to drones for domestic jobs including police surveillance or even FedEx deliveries
In other words, with the right equipment, anyone can take control of a GPS-guided drone and make it do anything they want it to. Spoofers are a much more dangerous type of technology because they actually mimic a command by the GPS system and convince the drone it is receiving new coordinates. With his device what Humphreys calls the most advanced spoofer ever built (at a cost of just $1,000) he was able to override the signal from space with a more powerful signal from the device.
Congress recently passed legislation paving the way for what the FAA predicts will be somewhere in the region of 30,000 drones in operation in US skies by 2020.Critics have warned that the FAA has not acted to establish any safeguards whatsoever, and that congress is not holding the agency to account.