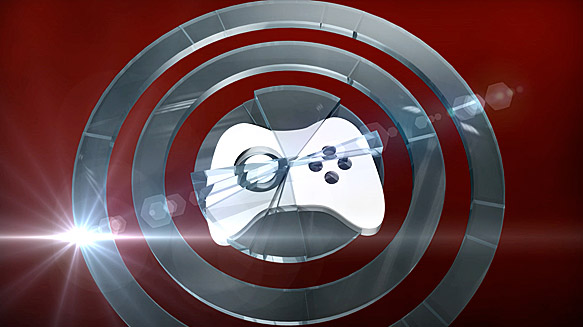 The U.S. government has hired a California-based company to hack into video game consoles, such as Xbox 360 and PlayStation 3, to watch criminals, especially child predators, and learn how to collect evidence against them.
The U.S. government has awarded a $177,000 contract to Obscure Technologies to develop tools that can be used to extract data from video games systems.
The $177,000 contract with Obscure Technologies of San Rafael, Calif., is being executed by the U.S. Navy on behalf of the Department of Homeland Security because of the Navy's expertise in the field, officials said.
Anyone who has ever played a few games of Call of Duty or Halo online knows that communities like Xbox Live aren't exactly models of good behavior. But the federal government believes the occasional bursts of profanity may not be the worst of what's going on according with consoles, and it wants a way to dig deeper.
In explaining their case, the government argues that both pedophiles and terrorists alike are using communication modes available only through video game systems to both lure in children and plot possible attacks, respectively. Currently video game platform largely rely on heavy-duty encryption to keep any sort of person-to-person correspondence made through their systems hard to uncover, but the DHS believes that once Obscure can crack that code they will be able to provide a procedure that law enforcement can use in furthering investigations.

There is an obvious issue with privacy and this type of work. The DHS is very aware of those issues. "This project requires the purchasing of used video game systems outside the U.S. in a manner that is likely to result in their containing significant and sensitive information from previous users," states the contract. Simson Garfinkel, a computer science professor at the Navel Postgraduate School (NPS) adds,"We do not wish to work with data regarding U.S. persons due to Privacy Act considerations. If we find data on U.S. citizens in consoles purchased overseas, we remove the data from our corpus."
In 2008, law enforcement agencies contacted the DHS's Science and Technology Directorate and requested help in analyzing gaming systems seized during court-authorized searches, Garfinkel said. While some tools exist to extract data from gaming consoles, the consoles are hard to crack as they are designed with copyright protection systems, he said.
Obscure Technologies was the sole company found with the expertise to execute the contract, which will run through July, the contracting and tasking documents state. Obscure's lead scientist reverse-engineered the Xbox.
Of course, what the government is interested in is not the game itself, but the platform and the way you use it. Video game consoles have evolved beyond simple entertainment machines into powerful all-purpose devices that are used to watch movies, post on Facebook, or more important to an FBI or CIA agent chat with other players.