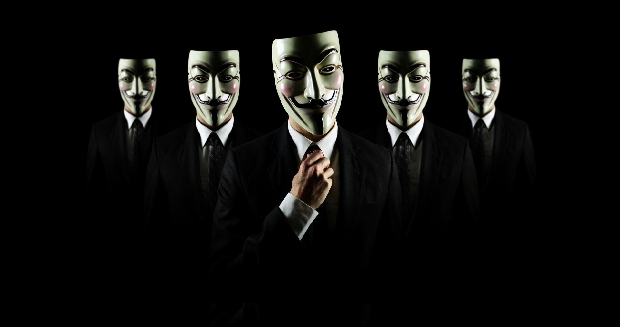 As announced during last days Anonymous has launched a Distributed Denial of Service (DDoS) against several UK government websites. A massive recruiting campaign is started on social media, a call to arm to protest the extradition of U.K. citizens to the United States. The Operation named "Operation Trial At Home," fight the European Arrest Warrant (EAW) that could lead to the extradition of three accused criminals by the U.K.'s Home Office, the government department responsible for domestic security.
Anonymous has provided Home Office's IP address in its announcement to the supporters, Scheduling for April 7 the a DDoS ( with denial-of-service) attacks against the Home Office's website. During the week I wrote and article on the intent of the famous group of hacktivist and on the possible reasons of the action.
The attacks have mainly two motives:

to protest against the extradition of Gary McKinnon, Christopher Harold Tappin and Richard O'Dwyer. McKinnon, a Scottish systems administrator, was arrested in 2002 for allegedly hacking into U.S. military and NASA computers in 2001 and 2002 and deleting files and copying data. Tappin, a retired British businessman, is accused by the U.S. government of exporting materials to Iran that can be used to build surface-to-air missiles. The owner of TVShack.net, O'Dwyer has been charged with hosting copyrighted materials on his site; the U.S. Justice Department has been seeking his extradition since last May.
Second motive, the most accredited one, is to protest regarding the UK government that and an it controversial legislation that could allow the UK's electronics intelligence agency GCHQ access in real-time data of , emails, social networks, and Web traffic and phone calls by all UK citizens. Anonymous has decided to attacks the country that is considered the most supervised in the world.
The law is directly linked to the U.S.' Patriot Act and both have the intent to ensure national security against cyber threats and cyber terrorist acts. Anonymous has always declared to fight against any form of monitoring and control, that is way it is also attacking China and is Golden Shield Project also known as the Great Firewall.
Anonymous has attacked to protest against a "draconian surveillance proposals" bringing down the following UK websites: homeoffice.gov.uk (Home Office), number10.gov.uk (10 Downing Street - British Prime Minister's Office), and justice.gov.uk (Ministry of Justice). The website became inaccessible around 21:00 on Saturday, and was up again from 05:00 on Sunday.
The technique is always the same, the target server were flooded by an huge quantity of request interrupting the service. According an article published on ZD net Anonymous ", as we saw with the DDoS attacks against the Vatican, the group is perfectly capable of putting in a backdoor to make life easier when it wants to take the site down a second time."
The following tweets are from Anon_Central, which has 120,000 followers, describing the attack:
After the attack was deemed a success, tweets detailing why the U.K. government was targeted started rolling in:
This type of attack in some way, while managing to create problems, is limited in its effectiveness and security experts are beginning to under estimate them. Inevitably we think when we talk about Anonymous to DDoS attacks, but the real problem is that the group could raise the bar suddenly surprising the world community with new types of attacks and exploiting the Denial Of Service as a diversionary action. Let us not be caught unprepared and I suggest to the leaders of the main objectives of the group to carry out regular checks on the structures especially after similar operations. It is possible that the group is using a strategy of diversion to cover operations to investigate and attack structures certainly less penetrable of a website poorly managed.